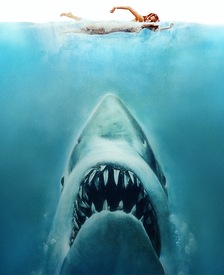 Despite whatever problems exist in the current MPAA ratings system (for a mildly entertaining if screechy treatise on the subject, check out the documentary This Film Is Not Yet Rated), these days you generally know what you’re getting into, content-wise, when you enter a movie, thanks to the now culturally-ubiquitous movie ratings system. The ?rules? behind what you can get away with in each rating are pretty well established, especially as Hollywood increasingly targets that sweet, sweet PG-13 rating for most of its big summer fare, able to entice bored, disposable-income-flushed adolescents without too much outcry or oversight from their parents. PG rated movies, meanwhile, have become little more than a G-rated film with perhaps a ?damn? or some scary bits; the edgiest PG-rated movies nowadays would be the first three Harry Potter movies.

But there was a time when these ?rules? weren’t so fully defined, and the PG-13 didn’t exist, leading to all kinds of discomfort and concern when folks so used to the milquetoast PG-rated fare nowadays pop in a PG-rated film before 1984. There’s blood! Gore! Cursing! Sometimes even bare breasts and asses! The horror!

It’s been widely acknowledged that both Gremlins and Indiana Jones and the Temple of Doom, Steven Spielberg’s one-two 1984 punch of darkly comic blockbusters, directly led to the creation of the PG-13 rating. Gremlins is chock-full of wanton puppet terror and gore, with the titular hellions getting stabbed, beheaded, and exploded in wonderful blurts of green and brown. Of course, despite creating the PG-13 rating, neither Gremlins nor Temple of Doom were ever submitted for re-rating, so the PG rating still stands to this day for both movies. So Gremlins, with its graphic tale of Phoebe Cates’ character’s father decaying and rotting in a Santa suit after getting stuck inside the chimney on Christmas, gets the PG pass alongside, say, Shrek. Nice!

The closeup of the beating, torn-out heart in Temple of Doom is always mentioned as a classic moment in the hallowed halls of traumatizing cinematic experiences for children, understandably, but the first Indiana Jones adventure still stands as the most violent of the series to date. Indy shoots guys in the head and blood gushes forth; large Nazis are chopped to bits by airplane propellers, faces melt, and heads fucking explode. Fucking exploding heads! It’s obviously no Scanners, but come on.

Beetlejuice certainly has a lot of heartwarming moments for a movie with a seemingly endless string of creepy ghouls, disturbing headless ghosts, and Michael Keaton as an undead, scuzzy sex offender, so it’s understandable how it obviously avoided getting the dreaded R-rating. But why a ?PG? in 1988? PG-13 had been around for about four years, and even though the bit where Beetlejuice himself drops an F-bomb and grabs his balls was cut out on the home video release, it was definitely in the theatrical version that the MPAA rated.

A true camp classic in the John Waters vein of cruelty and bad taste, although it’s nonetheless a little… odd to watch what essentially amounts to over two hours of Faye Dunaway chewing, digesting, and vomiting forth the scenery while putting her on-screen daughter through nearly every kind of torture imaginable. Nonetheless, at least kids can know where the line ?NO MORE WIRE HANGERS!? comes from. Because there’s an incredibly long scene where a character is savagely beaten with one!

Jaws is still, to this day, the template for the modern Hollywood blockbuster. Which is to say, a B-movie premise with an aggressive marketing budget. Unlike modern Hollywood blockbusters, though, Jaws is still one of the best goddamn movies of all time, utilizing traditional, Hitchcock-inspired, in-camera suspense throughout most of the film instead of cutting-edge special effects. Jaws is also considerably more violent than many R-rated movies I’ve seen?there’s more blood and severed limbs, not to mention an incredibly foul-mouthed Roy Scheider (God rest his soul), than in any other PG-rated movie I can think of.

Ralph Bakshi? The guy who made edgy, X-rated cartoons like Fritz the Cat and Heavy Traffic that have since dated horribly but once contained the only cartoon representations of wanton sex and violence until anime made such things pass?? Doing a PG-rated fantasy movie? Of course, Wizards is a certifiable, goddamn mess, full of lame rotoscoped animation and tasteless invocation of Nazi imagery, but even for a PG-rated movie in 1977 it feels a little grotesque. There’s a seemingly endless battle scene chock full of crudely-animated orcs and elves disemboweling each other, lots of cartoon characters saying naughty words, and a buxom nymph whose nipples seem incapable of being properly contained by her sheer clothing.

Aww, a cute PG-rated cartoon movie about little bunnies! Think again, I tell you, as I relate the personal trauma of one child of nine years old, who certainly expected to watch a cartoon involving the frolics and fun of bunny-rabbits, and instead got a dark, violent, and disturbing parable of the unrelenting cruelty of nature. It’s pretty much a cartoon bunny horror film, as a small, ragtag group of rabbits are slowly done in by a variety of nasty enemies?owls, hunger, disease, bloodthirsty hounds, and even each other. There’s another animated version that exists that would’ve saved me from the week’s worth of nightmares and tears, but unfortunately it arrived nine years too late.

If you weren’t afraid of clowns as a little kid, all it took was a viewing of Poltergeist to utterly convince you that clowns will, in fact, come out from underneath your bed and strangle you to death. This movie is a goddamn torrent of traumatizing, horrifying images designed to scare the literal shit out of you when you’re ten. Things under your bed will try to kill you, things in your closet will try to kill you, and basically every other dark corner in your room will attempt to kill you. Also, you will tear your own face off when you look at yourself in the mirror. Unlike all the other movies mentioned so far in this list, Poltergeist originally was, according to the MPAA’s official website, rated R; however, director Tobe Hooper and producer Steven Spielberg were able to get the movie a PG. On appeal. That basically means that they visited the MPAA’s office, held out their hands, and said, ?Awww, c’mon!? and the film got a PG rating with no additional cuts or alterations. Millions of children everywhere were later scarred for life. Thanks, guys! I would forward my extensive therapy bills to Spielberg’s office if I weren’t sure I’d be greeted with a punch in the nuts and a Cease and Desist letter from his attorneys.