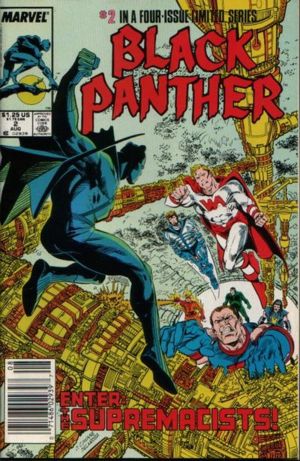 Although I’m white and wasn’t allowed to read the Black Panther comics, I always liked him as a superhero?I mean, he was an African king who was smart and a badass and took care of Africa and supervillains and joined the Avengers and stuff, unlike The Phantom, who just kind of patronizingly wandered around Africa with no real powers other than being in charge of the continent because of his sense of manifest destiny. Anyways, I think it’s super cool that BET has announced that it’s going to have a Black Panther cartoon premiering in early 2009. One can only hope he tussles with racist superheroes like the Supremacists (why don’t white superheroes ever fight white racist superheroes? Weird).