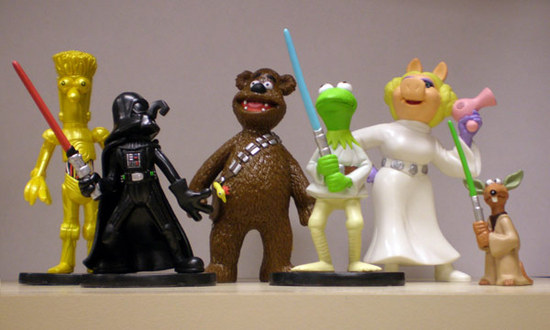 I stayed quiet when Disney had an exclusive Indiana Jones action figure, available only at their theme parks, well before this year’s line-up had ever been announced. I bitched loudly when it was revealed that Disney was going to get a slew of exclusive Star Wars-based Mr. Potato Heads, including a Darth Maul, a Boba Fett, a Han Solo and more, but I didn’t have an L.A. Weekly blog and thus no one paid attention. But now, when Disney is going to have an exclusive figurine set of the Muppets in Star Wars get-ups this summer? Well, Disney, you’re going to have to deal with this:

I hate you and your ass-face! (/runs away sobbing)