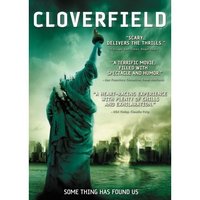 It’s a slow week for DVDs for some reason, which is fine, because I’ve still got some NYCC news to wade through.

? Cloverfield
Remember, you’re supposed to hate the pretentious, self-absorbed douchebags who constantly put themselves and others in danger during this movie, and thus, it’s pretty damned funny to watch them get killed. Still, it could have used more monster.

? Tim & Eric Awesome Show Great Job Season One
The guys at the Onion’s A.V. Club say that the Tim & Eric Show is brilliant and hilarious, and I find the A.V. Club writers to be the best, most accurate pop culture reviewers on the internet, so I trust them on this. But I still can’t stand to watch it.

? Gumby: The Movie
Told you it was a slow week.