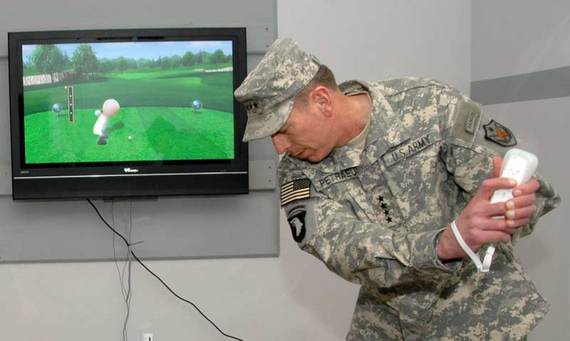 I won’t criticize General Petraeus for indulging in a bit of Wii-waggling instead of, you know, fighting the war in Iraq, as I figure his job is stressful enough that he certainly deserves a break now and then (although Deadspin, who provided the picture, says he quadruple-bogeyed the hole! Yikes). But I’ll totally criticize his for playing Wii Sports‘ golf. C’mon, Petraeus! Golf sucks! Tennis and bowling are where it’s at!