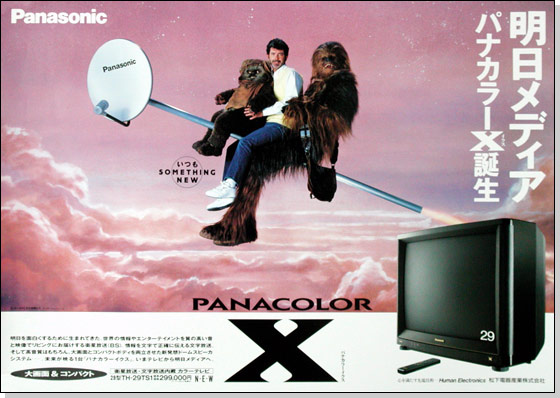 StarWars.com accidentally made me start drinking before breakfast when they showed the above bit of insanity, along with nine other twisted/awesome Japanese Star Wars posters. You can check them out here; I’m going to go around my house and make sure all the windows are locked, because if George Lucas flew in on a satellite dish with Wicket and Chewbacca, I would literally shit my pants in terror.