Menu
Home
>
Cartoons
>
G.I. Joe’s Scarlett Would Like You to Admire Her Bum 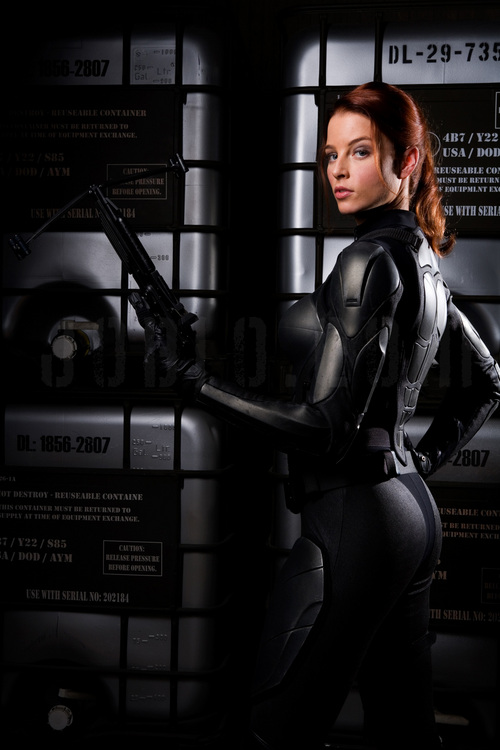 Congrats to JoBlo.com, who got the second character image from the live-action G.I. Joe movie?namely Scarlet, as played by Alias‘ Rachel Nichols. Unfortunately, as much as Scarlet is trying to sway me by presenting her ass to the camera, I remain disapproving. Yes she’s got red hair, and bonus points for the crossbow. But her “battle armor” is generic action movie of the highest order, covered in those mysterious and needless grooves that seem to be so popular with the heroes nowadays. Now, I don’t expect Scarlet to wear this, necessarily: 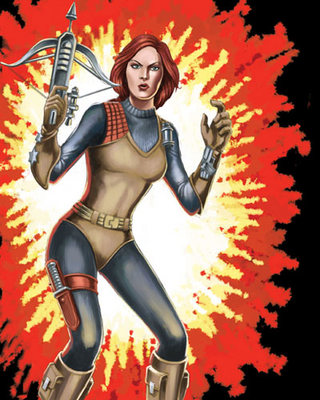 But I would like to remind the G.I. Joe movie makers that they already have a character whose schtick is wearing black armor, so maybe they could check out the other colors in the Crayola crayon box.