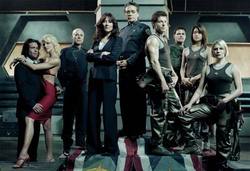 The fourth and final season of the amazingly good Battlestar Galactica kicks off tonight, which means that our intrepid crew will no doubt find Earth this season and live happily ever after. Or everyone will die horribly. One of the two. But don’t despair, because you’re not done with the Cylons yet! The Sci-Fi Channel has greenlit Caprica, a spin-off that takes place before the first Cylon War. Caprica won’t be just a continuation of the Battlestar we know and love, though. It will be a family saga based around the high-stakes world of Cylon manufacturing. In fact, it’s been described as “Dallas, but with robots.”

Well, we here at Topless Robot think that they’ve stumbled on the formula for an infinite number of spin-offs. “(Classic TV show) but with robots” is the premise that keeps on giving! We highly suggest that the producers get to work right away on more spin-offs, but to keep from flooding the market right away, here are just a handful that they should concentrate on first. 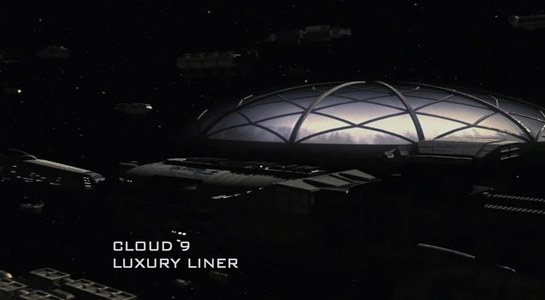 The Pitch: The Love Boat…but with robots
Cloud 9, for those of you who aren’t paying attention when Starbuck isn’t on screen, was the luxury resort ship that was part of the Galactica’s convoy for the first two seasons. Our spin-off will take place concurrently with that time-period, but will show us the sexy adventures we never saw! Each week the intrepid staff will play host to a slew of celebrity guest-stars representing the richest and most beautiful among all the last vestiges of humanity fleeing their grisly fate. And of course, some of them will be Cylons. Yes, there will be love and robots, and they will both be exciting and new. Viewers will get to see the glamorous guest-stars fall in love and pair off week after week, until the premise loses steam, and then we’ll get the best series finale of all time: Cloud 9 and all aboard it being blown up by a nuclear bomb. To be continued? No. Definitely not. 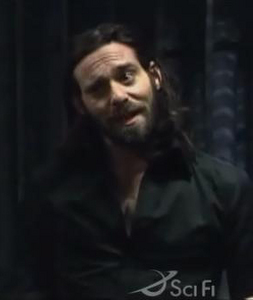 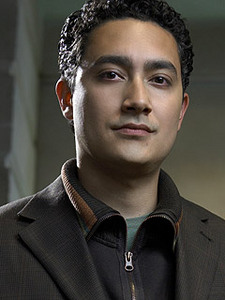 The Pitch: The Odd Couple…but with robots
Gaius Baltar and Felix Gaeta couldn’t be more dissimilar. Gaius is a sloppy ne’er-do-well, and Felix is a neat freak who’s obsessed with order (he used to be the Galactica’s tactical officer, after all). But this unlikely duo is forced to cohabitate when Gaius names Felix the vice-president of his newly colonized planet of New Caprica, and then the Cylons arrive and take over. Yes, the wacky comedy Gaius and Felix will show us the time we never got to see between the season 2 finale and the season 3 premiere, before everything went to Hell and when the most pressing concern in the presidential residence was that Gaius has draped his dirty underwear over Felix’s carton of milk again. What a crazy pair! 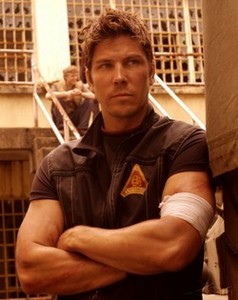 The Pitch: Friday Night Lights…but with robots
Man, Caprica loves its Pyramid like small-town Texas loves its high school football. So what could be higher-stakes drama than a show following the fortunes of Samuel Anders and his Caprica Buccaneers Pyramid team? Each week we’ll see Anders and his fellow players grapple with their personal issues both on and off the field. Nothing will stop them from achieving the championship season of their dreams, not even a nuclear holocaust that wipes out humanity right before the big game. Now all they need to do is survive the radiation, stage guerrilla attacks against the Cylons and pray that the other team is still alive so they can meet up on the field. Can they win the championship before the Raptors show up to airlift them off the planet?

The Pitch: Oz…but with robots
On any ordinary show Tom Zarek would be the most interesting character, but this is Battlestar Galactica, so at best he’s fourth or fifth. Still, he’s got more than enough presence to carry his own show, especially if it’s a hard-edged prison drama. Remember, when we first meet Zarek, he’s already united the entire prison ship The Astral Queen behind his cult of personality, capturing control of the ship from the guards. But the prisoners were on the A.Q. a long time before that happened, and we can’t help feeling like we missed the best parts of Zarek’s rise to power. Surely they have white supremacists, crooked guards and prison bitches in space, right? Cylons with shivs? Let’s see that shit! 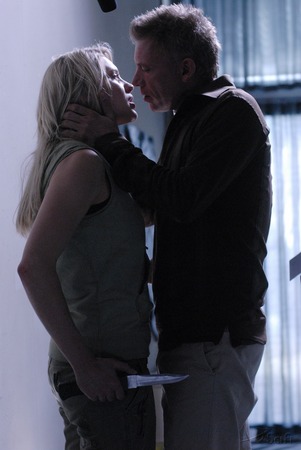 The Pitch: My So-Called Life…but with robots
Is there any doubt that Kara “Starbuck” Thrace was a moody adolescent? She’s a moody-ass adult! Tell me you can’t picture 15-year-old Starbuck locking herself in her room, pining over that handsome Adama boy (Zak, not Lee of course) while she cranks whatever the Caprica equivalent of the Cranberries is. Add a bad-influence best friend (possibly a Cylon) and a gay confidante (definitely a Cylon) and you’ve got yourself the makings of a nice teen ensemble. And that’s before you add in the crazy-ass abusive mother. Imagine how relatable it will be when we see Kara get her heart broken, or when she discovers her friends are conspiring to destroy humanity and she’s prophesied to hold a key role so they can’t kill her but they have to erase her memory of her shocking discovery so she doesn’t reveal their sinister plan. You know…normal high school stuff. And hey, with Veronica Mars off the air, nerds need another teen drama to get obsessed with. The time is right for My Frakkin’ Life!