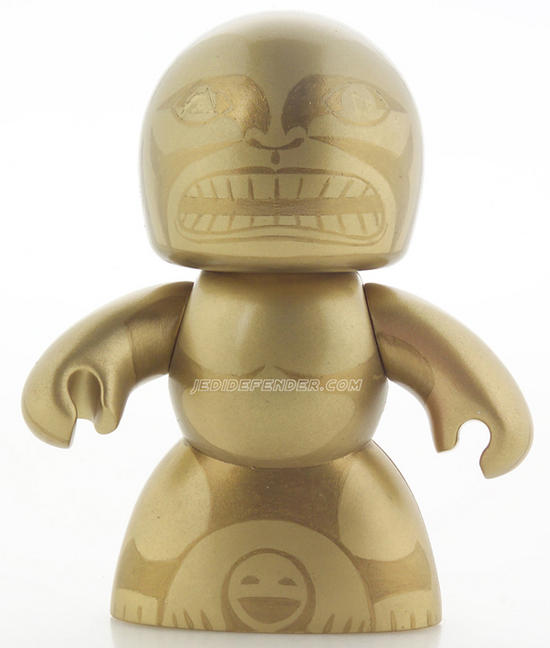 Hasbro’s going to have an exclusive Mighty Mugg at the San Diego Comic Con of the golden fertility idol from Lost Ark, and I’m going to nominate it as being just as awesome as Pimpin’ Lando and Sexual Predator Yoda. Admittedly, this concerns me that I have a soft spot for things with smiley faces where their penises should be. (Via Jedi Defender)