Menu
Home
>
Blu-ray
>
Actual News! Hasbro Has Its Sunbow Cartoons Back, Including G.I. Joe and Transformers 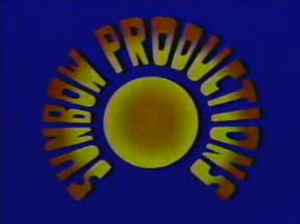 Holy smokes! Hasbro just sent out a press releases saying they’ve gotten the rights to all the Sunbow-produced cartoons based on their properties, which totals more than 2000 episodes, 30 properties (including, somehow Mr. Potato Head and Connect Four?was there ever a Connect Four cartoon? Madness!) and most importantly, the original G.I. Joe and Transformers cartoons.

If I have to spell out why this is awesome, it’s because this almost certainly means that Hasbro will be releasing the G.I. Joe and Transformers cartoons on DVD in some pretty nice sets in the near future; I don’t think it’s any surprise that this acquisition was made during G.I. Joe’s 25th anniversary and just before Transformers’ 25th anniversary next year. They’ll almost certainly be better than the inredibly-hard-to-find and now out-of-print ones Rhino did. You can read the press release here, but unless you’re a fan of the My Little Pony cartoon, I think I got all the good stuff.