Based on the children’s books by Marc Brown, ARTHUR premiered in 1996 as one of the first ongoing animated programs based on a book series. The show chronicles the adventures of Arthur (an eight-year-old aardvark) through engaging, emotional stories that explore issues faced by real kids. It is a comedy that tells these stories from a kid’s point of view without moralizing or talking down. Situations on ARTHUR develop in realistic ways, and don’t always turn out as we — or Arthur and his friends — might expect.

Arthur went to the girl?s room right off, almost creeping in to catch the girl doing
something that she should not have been doing. When he entered, her stopped dead. What he found the girl doing, blew his mind.

He found his sister laying on the bed. She had her little blue-jean skirt hiked up, and a
her hand dip inside with a crayon into her ?Mary Moo-cow underwear?. Arthur saw how the hand was starting to move, and knew exactly what she was doing with the crayon.
?DW! What are you doing?!? He shouted, as he came out of being stunned. 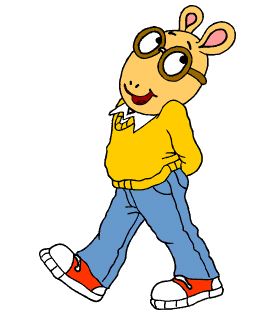 ? Arthur…? She finally said directly. ? Where was it that woman was putting that pink thing… the woman in the book you have??
The lad was a little shocked to hear his little sister?s question. He hummed and hawed a
little, wondering just how to explain it… or how to simply get out of it. He finally decided to ask something instead.
? Why do you ask this?? He inquired.
? It?s because I dunno where she put it… it was driving me crazy…? Said DW, in her usual blunt way.
This was a real pickle he found himself in. His sister was asking where someone in a dirty book he had, was putting a vibrator… and wanting to know where it was on her body that it was being put in to. He thought of just getting his book out and letting her find out for herself, and end this right now… but her knew that she could squeal on him at any time. She had the leverage on her side.

Abandon all hope, ye who hits the jump.

Arthur found himself looking at DW naked body and locking on to the little girl part. … DW hoisted her nightgown as high as she could get it under her shoulder, as her panties had already fallen to her feet on the bed.. She seemed a little frustrated, as the nightie was blocking her view of wanting to see what Arthur had been talking about. She decided just toremove the nightgown entirely to see better, and now stood there naked.
? I cant see any hole…? She said, arching forward to try and look better between
her legs. ? Can you point it this hole out to me? Come on…?

? I want you to put your wiener in me… just like in the book.? She said so bluntly.
Arthur was so stunned at his sister was asking him to put in his penis in her He looked at her.
? Brothers and sisters don?t do such things an?…? He started, a part of him
wanting to take her up on it..
? If you don?t… I will tell mom and dad everything…? She said, without even pausing.
Arthur was trapped, seemingly that he would have to do it, just to keep himself out of trouble. He thought it out quickly, trying to think his way out of this.
? It might hurt to put it in you…? He said, trying to divert the girl?s from wanting to do this with the thought of it actually hurting her… even though he already had fought off that urge.
? Arthur Reed…? She said sternly… obviously wanting him to so what she wanted, without listening to him. 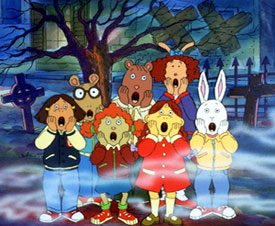 With sweat pouring off of him, he could heard himself moaning with each insertion, but he also was hearing that little DW was moaning as well… and hers were not pain fuelled. It made him more excited, and he started to speed himself up more. He kissed his sister on the lips, and was surprised that she was doing the same. It was like a amazing dream.

He was nearing an orgasm, feeling it start by an aching in his balls that flowed through him. He pumped a little more harder, as the orgasm beckoned him. He was sweating profusely… as was DW, she was thrusting her little hips to meet him eagerly. He saw that she had became sort of wet, but by the smell… it was not pee.