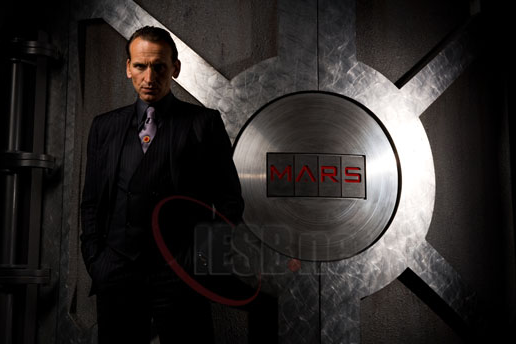 IESB got this exclusive pic of Destro from the upcoming live-action G.I. Joe movie, just as one might exclusively get herpes from an untrustworthy sexual partner. Now, I’m well aware of the fact that this Destro will (SPOILER ALERT) put the silver mask on at some point in the film, and/or get it permanently stuck on his noggin. But that does not make me any happier; how hard would it be to just have him wearing the goddamn mask from frame 1? Why not do that, if only to please the fans? Why bother with a face-mask-origin-story (which sounds a hell of a lot like Dr. Doom’s origin) anyway? Oh G.I. Joe movie, you will never please me.