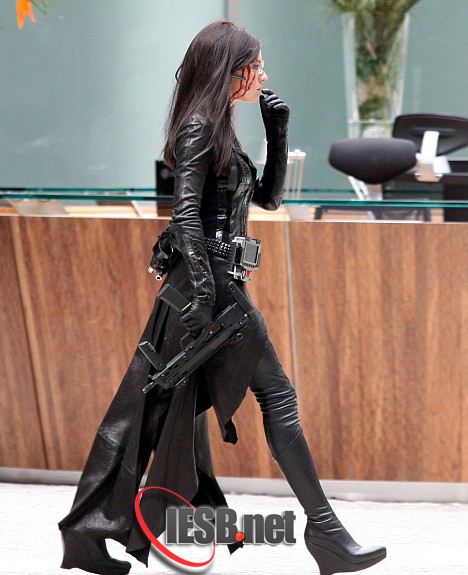 And I’m back. There doesn’t seem to have been a lot that I missed except for the regular mess of movie-related news, so I thought we’d all start on a high note with the best thing I’ve seen from the live-action G.I. Joe movie so far. Namely, pics of Sienna Miller as the Baroness, complete with black hair and even glasses (!), and covered in somebody’s blood (courtesy of IESB). All that’s missing is confirmation of whether she’ll sound exactly like Natasha Badinov from Rocky & Bullwinkle.