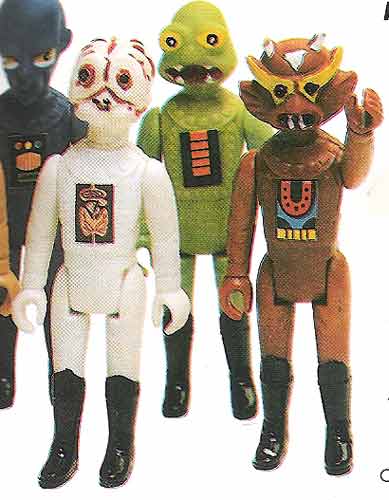 When Star Wars hit in 1977, kids stopped playing superheroes, threw down their G.I. Joes and instantly became wanna-be Jedi Knights. Hell, one of the best-selling toys of the Christmas 1977 season was an empty box?which merely promised that Star Wars action figures were coming. Seeing the sci-fi toy craze, toymakers smelled “star-bucks” (Get it? Get it?) and didn?t let a little thing like having actual Star Wars licensing rights or a decent (and slightly modified) concept of the film stop them. Here are just a few items that tried to deprive George Lucas of his trademark flannel shirts by stealing some of that sweet, sweet Star Wars merchandising money. 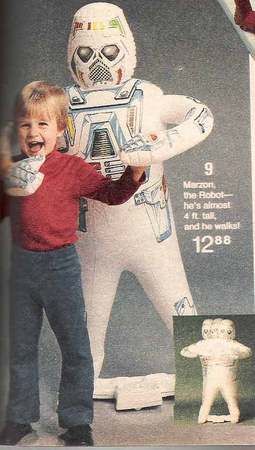 Looking like the illegitimate love child of Darth Vader and a Stormtrooper (you can look for the fan faction yourself), Marzon was an inflatable walking robot who didn?t deserve to live, much less walk. Imagine the hours of play as he keeps slowly walking towards you and getting into your personal space. Just like an elderly relative! 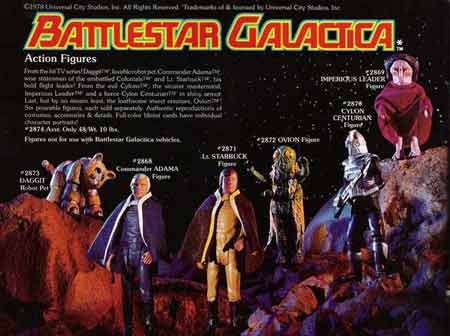 Before Starbuck was a hot and ass-kicking blonde chick, he was a feather-haired, Han Solo-esque ladies man who fought the extremely Vader-like Cyclons in endless space dogfights. Battlestar Galactica was a weekly TV show hoping to get some “stellar” ratings (Get it? Get it?) by giving audiences some Star Wars-y flavor. As far as rip-offs go, it wasn’t bad, and Mattel’s BSG toys were actually pretty good. The line included cool figures and spaceships whose firing missiles actually proved terminal for one unlucky kid, thus making all toys lamer for all future children smart enough not to eat parts of their toys. BSG and its toys really filled the void until Empire Strikes Back came out, at which point all children immediately forgot about the colonials.

Raiders indeed! These 8-inch action figures from Tomlands weren?t even the right size to play with the Kenner Star Wars figures. The line-up included ?don?t sue me? versions of Chewbacca (who gained some admittedly welcome pants) and a one-eyed Darth Vader clone. Certain Star Raiders were often advertised in catalogs as ?The Bar Room Kooks??supposedly implying their love of a good intergalactic cantina rather than just being hopeless alcoholics?in an effort to screw you out of purchasing an authentic Ponda Baba/Walrus Man instead. Boooooo! 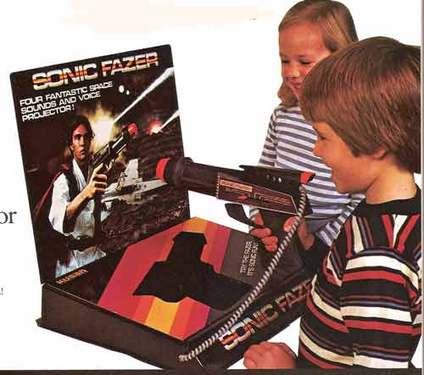 For all aspiring toymakers?as it turns out, if you change a couple of letters in the name and put Han Solo in a cape on the package, it protects you from both George Lucas and Gene Roddenberry. Kusan?s Sonic Fazer made up for its lack of licensing by having a dozen killer electronic features such as voice modulators which were pretty revolutionary in 1979. Before that you had to yell into the fan to sound like a cylon. 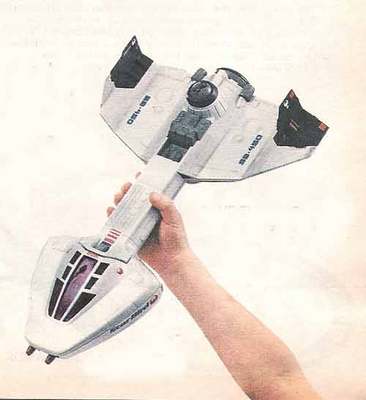 Like the Sonic Fazer, Star Hawk was another rip-off toy that actually was better than a licensed Kenner product. Looking like a modified Y-Wing Fighter, Star Hawk?s electronics allowed you to reenact the space dogfights of Star Wars despite not appearing in the movie. The only drawback was you couldn?t put figures in it, which sucked.

Looking like Kenner’s figures if whittled by hand from wood by the elderly, the Starroid Raiders were cheap 3 1/2-inch figures with dullard expressions; they fit in with your regular Star Wars figures in scale, but stood out like pyschotic bums at a fancy dinner party. These were bought for children only by cheap parents who did not care about me. Them. I mean them. 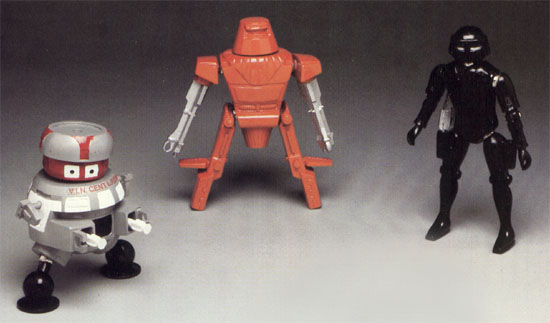 Disney thought it knew what made Star Wars a hit?its cute robots. For their 1979 opus The Black Hole they would go one better and crank out the sweetest most adorable, huggable, most absolutely wuvvable robots ever seen! These giant-eyed ?aw shucks? automatons looked like they leapt from a motel room painting and were perfect for merchandising…almost too perfect. The ?cutsie poo? design conflicted with an often dark movie that had a trip through hell, an army of lobotomized zombies and a few disembowelments. 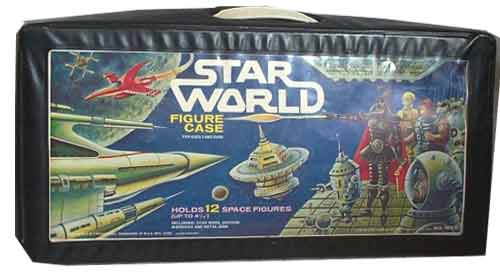 Making carrying cases is a bottom feeder way of getting some sweet toy money; all it takes is a plastic box, a handle and an illustration that implies the hit property without implying it so exactly it becomes lawsuit worthy. Indeed, ’70s catalogs are littered with non-licensed carrying cases depicting robots and quasi-X-Wings often fighting other, identifiably evil robots and X-Wings. 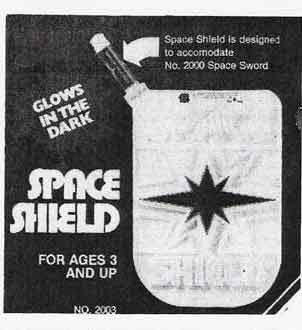 Toymakers had been making goofy helmets and ray guns for 50 years before Star Wars, but around January 1978, all of these sets began to include craptacular glow-in-the-dark “laser” swords. Trying to pass this off as a lightsaber on the playground was the equivalent of yelling your family’s lower-middle-class economic status. 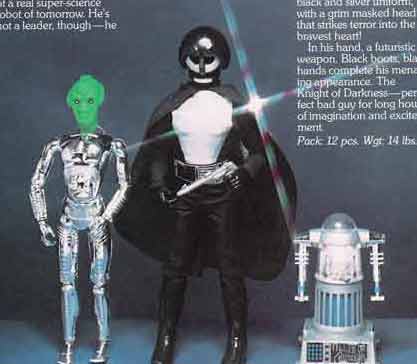 There is nothing more blatant a Star Wars rip-off in this or any far off galaxy than Ideal?s S.T.A.R Team, comprised mostly of retooled ’60s toys rushed to market to beat Kenner in early 1978. With a main villain who looks like Darth Vader?s genitals and an even more fey lead droid than Threepio (impossible as that sounds), Ideal wasn?t even trying to disguise what they were doing. The slogan on their catalog that year was ?Yeah, we got big brass ones.” Rumor has it that Lucas was so angry and distressed over S.T.A.R Team, he created the Ewoks to punish humanity.