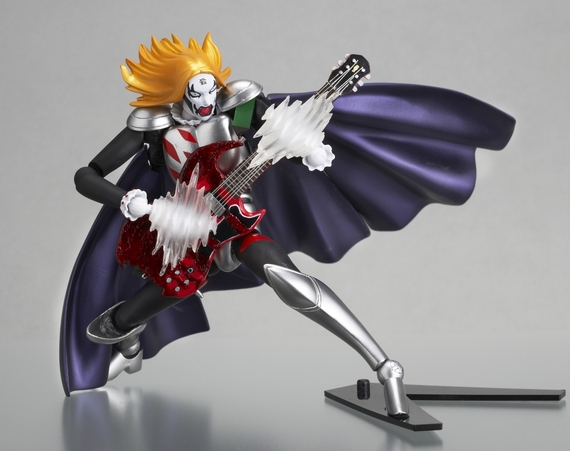 First off, Detroit Metal City is only an unlicensed manga, so you knuckleknobs can’t go illegally downloading any anime of it?it doesn’t exist. Second, the manga has nothing to do with KISS?instead, it’s about a Swedish-pop loving kindergarten teacher who moves to Tokyo and becomes lead singer of a totally obscene metal band (like you do). That’s him above in his Krauser persona, and if you aren’t in awe of the high-speed/shredding/blurred extra hands in the pic above, then there’s just no hope for you. Krauser will be one of three Detroit Metal City figures made by Organic Hobby as part of their highly poseable and increasingly wonderful Revoltech line. You have to check out the other two toys after the jump: 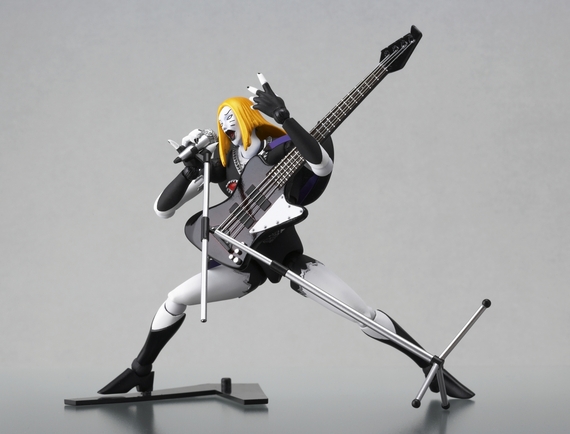 Next up is Jagi, who, although you can’t see it in this pic, has an attachment setting his hair on fire. It is beyond awesome. 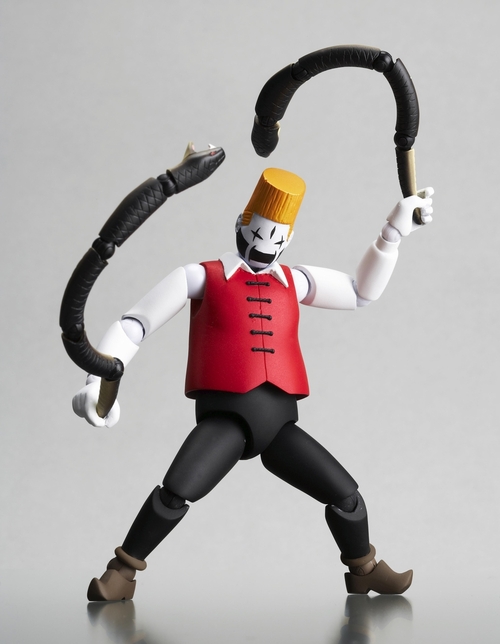 And here’s the drummer, Camus. I wasn’t actually going to show Camus until I realized HE PLAYS THE DRUM WITH COBRA INSTEAD OF DRUMSTICKS. Sorry, Dethklok?I’m afraid you guys might as well be playing Simon & Garfunkel compared to these guys. The toys should be out in July.