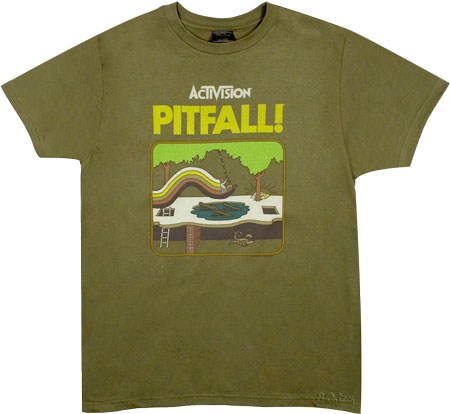 I’m fully aware this shirt, bearing as it does the box art of the justly loved Activion game Pitfall for the Atari 2600, is totally geeky and thus unable to trick non-geeks into thinking its some cool design. But that’s the power of Pitfall, I guess. Plus, if you buy it for $22 from 80sTees.com, I believe you can leave a white/yellow/brown trail behind you as you walk, run and jump over scorpions.