Menu
Home
>
Miscellaneous
>
George Takei Is Off the Market 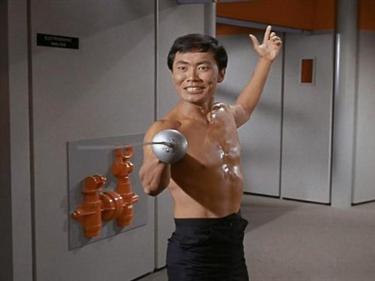 George Takei, a.k.a. Star Trek‘s Mr. Sulu, got his marriage license on Tuesday, along with his partner of 21 years, Brad Altman. You now no longer have a chance to score with Sulu?I just wanted to let you Takei-loving young men know. And, I suppose, you uninformed young ladies. Read a paper or something!