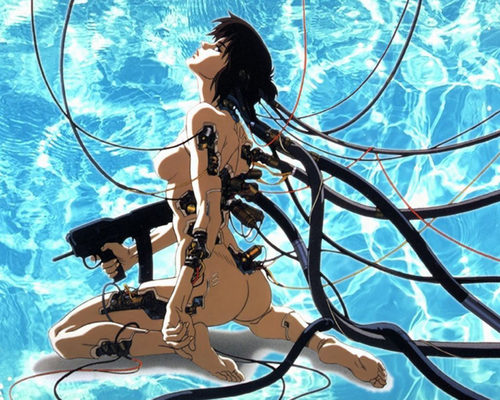 ANN reports that the cyberspace semi-anime-masterpiece Ghost in the Shell (okay, it’s pretty much a masterpiece, I’m just not a big fan?I think the Stand Alone Complex TV series are way better) is getting re-released to Japanese movie theaters, with a few little upgrades to give it a 2.0 upgrade to its title. This includes a new 6.1 surround soundtrack from Skywalker Sound, with dialogue rerecorded by the original Japanese voice actors, and a few new CG special effects.

Since Ghost in the Shell totally flopped when it was originally released in Japan, I actually doubt Japan will give a shit about this new 2.0 version. In fact, I’d say director Mamoru Oshii already knows this?and that this new mix and new effects are so they can release a new GitS DVD special edition in America, along with a Blu-Ray disc of Ghost in the Shell, which will actually be cared about and make a shit-ton of money. In fact, I’m 100% certain this is true. Look for it from Manga Entertainment either just before the holidays or next summer.