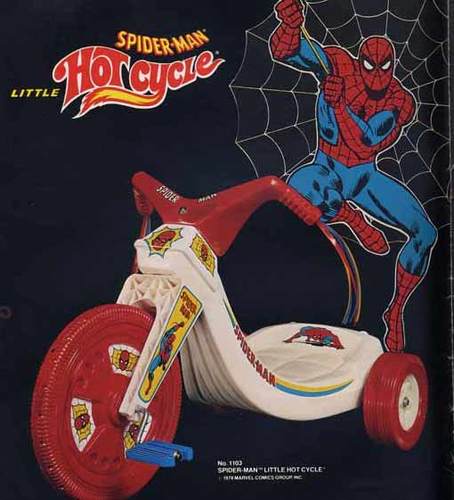 Only two superheroes have been powerful enough to rule toy shelves for the past forty years: Batman and Spider-man. And while Batman might have had more action figures (thanks to more movies and a long-running cartoon), it’s your friendly neighborhood Spider-man who has starred on the widest variety of merchandise?some good, some bad, and much of which just makes no sense whatsoever. Maybe it’s because men want to be Spider-man, what with his webslinging powers and hot model wife (despite the fact that his life routinely sucks), and women want him (despite the fact that they usually break their necks around him or have their marriages to him negated by a deal with the devil). No matter why, the fact remains there have been some pretty bizarre items with Spidey’s face on them…and some awesome ones as well. Here’s our 10 favorites. 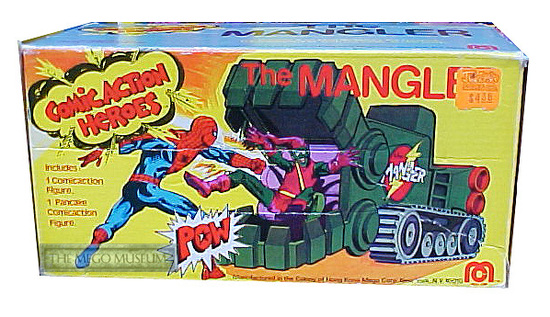 Even with 40+ years of comic history, there is nothing in Spider-man’s past that can possibly explain the Mangler. It makes no sense and would better off in a Road Runner cartoon than in the pages of Marvel comics…and that?s exactly what make it so cool. Looking like a mentally challenged Zamboni, the Mangler?s purpose is to have Spider-man punch villains into its mouth so they come out flat as a pancake, which is as mean-spirited as it is creative. One wonders how Spidey can afford such things but even moreso, one wonders where the heck he would park that thing in New York City.

Like the U.S., ’70s Japan had a live-action TV version of Spider-man. But there version included a giant robot (it was mandatory by law to have a giant robot during every half hour TV series, which made cooking shows awkward). The motorcycling, guitar-playing Pitaa Paakaa here didn?t follow comics continuity in any way other than the costume, but it sure was a whole hell of a lot more entertaining than the American TV version. 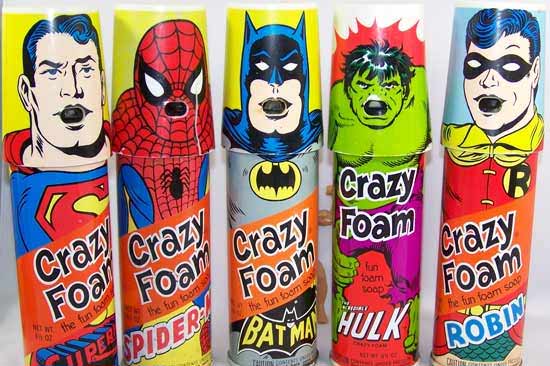 Crazy Foam was soft soap that came out of an aerosol can, and the big deal was having the foam barfing out of the heroes’ mouth (seriously, if someone had invented a hero whose superpower was vomiting in the late ’70s or early ’80s, that dude would have been rich). There’s no basis in Spider-reality?unless there’s a story about Spidey eating his web fluid and then getting sick?but man, was it awesome. How this toy didn?t result in piles of Spider-man vomit slash fiction, we?ll never know. 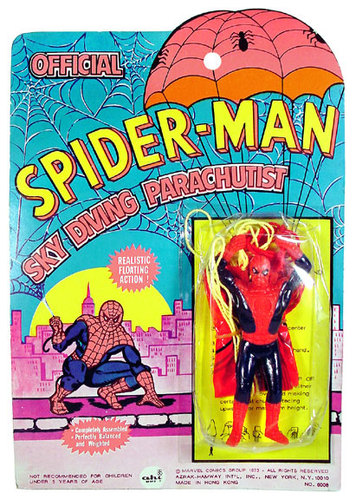 Sure it?s a cheap dime store toy that would likely break in an afternoon of play but the idea of Spider-man making his own web parachute makes perfect sense to this day. Hell, we think he’s actually used this move in the comics a few times. Sure, most real spiders done do much parachuting, but then, Spidey’s web also doesn’t come out of his ass, which we’re also okay with. 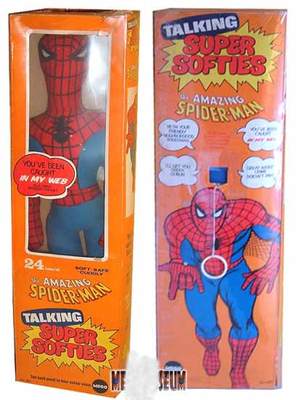 A big part of the reason Spider-man has been so popular over the years was/is his ability to make fun of the many, many villains who attack him. It was no surprise that somebody would come up with a toy that capitalized on his trash-talking powers. This mouthy toy had an added bonus of being squeezable so you could take him to bed and let him make “yo momma” jokes all night long.

Being the kid on the block with a big wheel could make you a somebody. Owning a big wheel with Spider-man on it made you a pimp. The only thing missing is the ability to bounce it up and down while you flash gang signs. 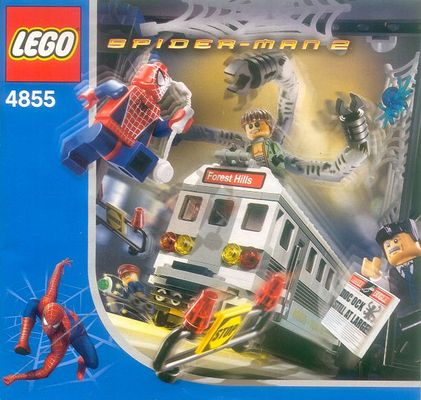 Teaming Lego with Spider-man is the best combination since hookers and cocaine. Not only can you reenact adventures but you get to build the entire play environment. Now you’ve got a world for Spidey to websling around in, recreating Spidey’s fights like no other toy. Plus, Lego Spidey is so cute you want to crush him.

Chem Toy made an unbelievably cool toy that lasted about as long as the comic webs supposedly do but brother; it was a riot while it lasted. The package became a New York city backdrop you webbed up HO scale figures of Spider-Man, Mary Jane and Goblin to with a smelly tube of nasty old model glue that masqueraded as webbing. Chem-Toy carefully avoided putting Gwen Stacy in this set. 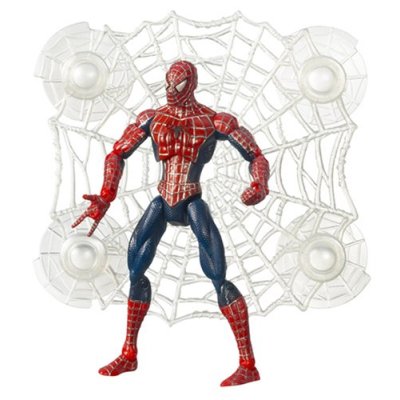 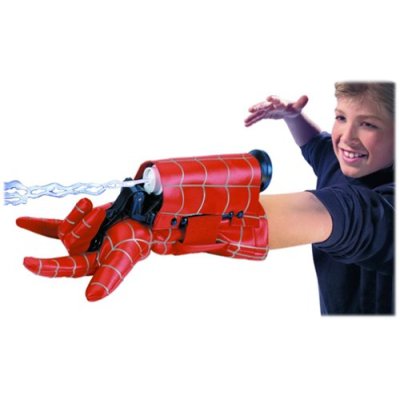 Not being able to figure out how to package the ability to climb walls without killing children, toymakers regrouped and smartly focused on Spider-Man?s other cool trait, the ability to shoot webs. It doesn?t hurt that the webs are silly string, the greatest invention ever, but shooting silly string from your wrists is a joy that is rivalled only by sex. Whether you’re 3 or 83, web shooters are an awesome, awesome toy.