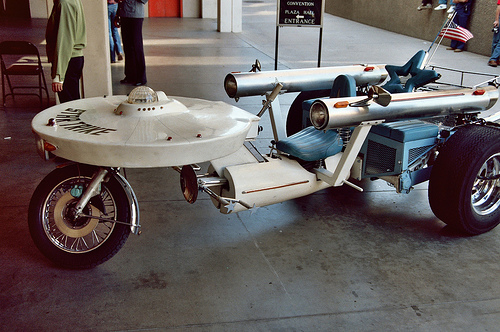 This sweet, sweet ride is actually from the 1982 San Diego Comic Con of which there are a treasure trove of pics by photographer Alan Light. It’s definitely worth checking out to see how nerds have evolved (and not evolved) over the last 26 years, but I still feel this picture is the cream of the crop. Much thanks to Zach for the tip.