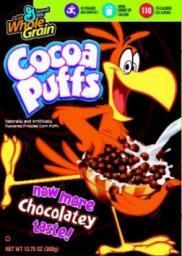 General Hospital‘s Brenda (Vanessa Marcil) and Carly (Tamara Braun), Pirates of the Caribbean‘s Elizabeth (Keira Knightley), and Titanic‘s Rose (Kate Winslet) Get Involved In An Exclusive, Seductive, Sexual Curse That’s Not Just Dark and Dangerous But Sexy and Explicit Too

Right? Now, in the two chapters, a vampire attacks both the GH characters and Elizabeth, and, after ripping their bodices off (as is standard), turn them into vampires. I don’t think Rose has shown up at all. But frankly, I can’t really be sure, when the text is like this:

impossible for Elizabeth to escape this gruesome fate. The man revealed his long fangs and Elizabeth was so scared she fainted. Her dress completely

being removed from her body until she was completely naked. The strange man drank up Elizabeth’s blood and the beauty fell cold and died. Her lifeless

body left out in the open for Will to stumble upon the awful fate that has taken his wife away from him.

Carly barged into Courtney’s apartment angry and bitching at the top of her lungs but not literally.

“You won’t believe this! I get my husband back from being locked up in prison. It’s suppose to be a great homecoming for me and my family but no!.

That blasted Lois Ashton had to come into my home and mention Brenda’s name around my husband. Who cares if Brenda is missing. She’s out of

Sonny’s life! Of course it will just back fire in my face because I will never be the greatest love of Sonny’s life I’m not Brenda and I never will be.”