Menu
Home
>
Merchandise
>
I Know That Monkey! His Name Is Donkey! 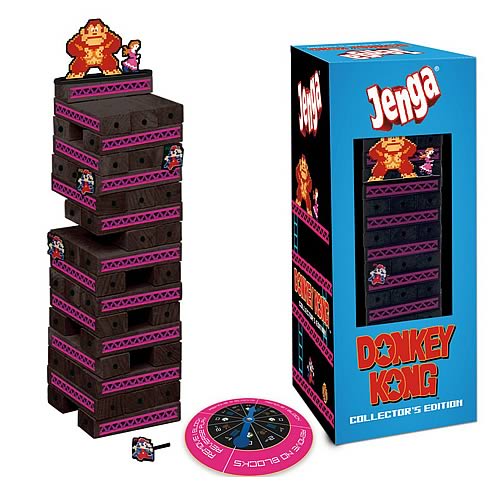 Bravo to someone at the Jenga licensing department. I fucking hate Jenga?mostly because when I’m drunk, there’s always someone who wants to play, and I suck at Jenga sober, let alone drunk, so I get mad and hit the tower as hard as I can and the pieces go everywhere and one hits some stupid girl in the eye and suddenly I’m the asshole, even though she’s the one who made me play Jenga in the first place. But! I can get behind Donkey Kong Jenga, especially since there’s some weird alternate game where the players try to rescue Pauline with the Marios, which means…well, I’ll still be playing drunk and I’ll still knock the damn thing over. Pre-order it here.