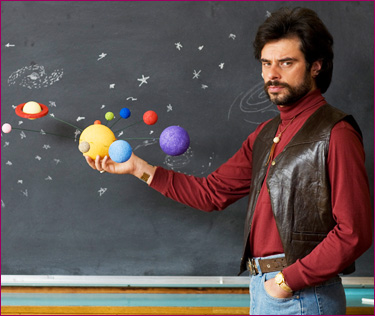 Meet Ronald Chevalier. Science fiction author. Scientist. Artist. Guy played by Flight of the Conchord‘s Jemaine Clement in the upcoming movie Gentlemen Broncos. Then immediately head over to Chevalier’s (viral) website and immediately click to hear him read a selection from his recent opus Cyborg Harpies: The 8th Chronicle: Bio Wars: A Harpy’s Perspective, as it’s the stuff pure joy is made out of. (Via Pop Candy)