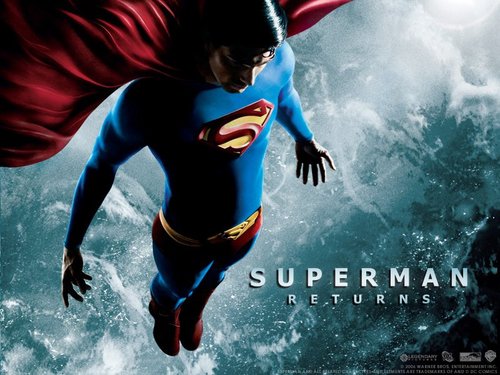 He Returned once…but now he’s going to Return Harder! No, not Jesus, you silly-billy. The real savior of humankind, Superman! Warner Bros. President Jeff Robinov says they’ve finally gotten their shit together, and figured out the best thing to do is just make another Superman movie, and forget that that Superman Returns?Bryan Singer’s totally insane love letter to the original ’70s movies?ever existed. I’m paraphrasing, of course, but I certainly think it’s a good call. Robinov tells the Wall Street Journal:

?Superman didn?t quite work as a film in the way that we wanted it to,? Robinov says. ?It didn?t position the character the way he needed to be positioned. ? Had Superman worked in 2006, we would have had a movie for Christmas of this year or 2009.?

Newsarama points out that Warner’s new plan for DC?which is to make a lot of solitary character superhero movies, and then build up to Justice League-type team movie?is somewhat similar to Marvel’s current movie plan, in that it’s alike in every way. This means the Warner/DC slate isn’t nearly so bare:

According to The Journal, Warner Bros. plans to release four comic-book movies in the next three years: the third Batman installment, the Superman reboot, and two focusing on other DC Comics characters. (It?s unclear whether Watchmen is included in that count.) Likely candidates include Green Arrow/Super Max, Green Lantern, Captain Marvel and, perhaps, Jonah Hex.

I know I’m just inviting nerd-rage here, but I genuinely thought the Fantastic Four movie?which was deeply flawed?was still better than Superman Returns. Mainly because the FF movie was just kind of dumb, but it still had action and superheroics in it. Superman Returns had everything going for it?huge budget, great director, endless possibilities?and Bryan Singer just piled bigger, stupider ideas on top of each other and removed the very few things that make Superman cool?his powers and nobility. Here’s hoping Superman in the new movie gets to actually punch somebody. Or doesn’t have an illegitimate child. Or doesn’t overcome kryptonite through the power of love or whatever that bullshit was.