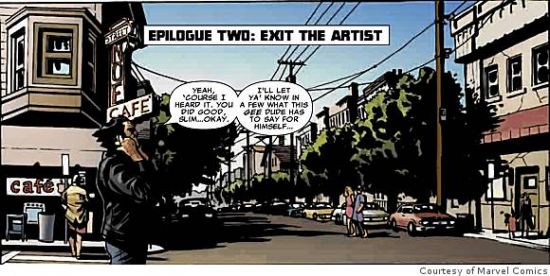 Marvel Executive Editor Axel Alonso has moved the X-Men from their decades-old home in upstate New York’s Westchester County to sunny San Francisco. That’s a cool change, given that 97% of the Marvel Universe happens in NYC; it’s nice to see another major American city getting a little superheroic love. However, if you’re panicking and worried that the X-Men might become infected with “teh gay” because of their new locale, well…you’re kind of right. Alonso tells the SF Chronicle:

The city being what it is, certain characters whose sexuality might have been ambiguous are going to feel free to be who they are. I will qualify and say that I never go into the situation with a mandate or an agenda. It has to come along naturally. We’re not going to rush into it. But I see it happening.

I’m kind of torn on this. I have no problem with homosexuality, but turning characters gay just because they’ve moved to San Francisco seems like a lazy attempt to be shocking and/or PC. But then again, maybe it’s a chance to have a gay superhero who’s a bit more major than Northstar (who ends up getting killed all the goddamn time anyways). I imagine it’s best to reserve judgment until it happens.

But that doesn’t mean we can’t guess who it is! Since we know Cyclops is mutant-kind’s biggest poonhound, Wolverine has his Asian fetish, and Colossus is only excited by barely legal girls, that leaves…hmm…Beast? He could be gay and the writers would never have to do anything with it, since he’s a beast. That’s a safe bet. Angel? Alonso specifically mentions him being able to walk in SF unmolested with his wings out. I don’t recall him having any love interests for a few decades at least, so he’s a possibility. Nightcrawler? Well, he’s deeply religious, which tends to look askance on homosexuality. But writers love gay religious people?the dichotomy always makes for easy writing. Those are my picks. Got any? (Via Newsarama)