Menu
Home
>
Daily Lists
>
There Can Be Only This Guy 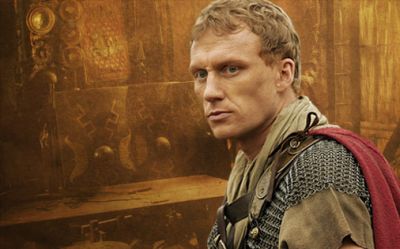 The bad news: The previously announced Highlander remake is still on track, wasting valuable resources on what could be spent on making the first decent Highlander sequel ever. The good news: In an unprecedented move, the Highlander movie execs have actually hired a goddamn Scottish person to play the Scottish immortal MacLeod.

And not just any Scottish person?Joblo says it’s none other than Kevin McKidd, star of the canceled-too-soon Journeyman. He also starred in Rome as a Roman soldier turned underworld crime boss, and if you think McKidd doesn’t have the chops to brutally behead someone, I promise he did it quite well in Rome, and that was without the promise of the Quickening (he was just being a dick). McKidd will absolutely be the finest actor to ever star in a Highlander movie?maybe a sober Sean Connery would have beat him, but since Connery was drunk for the entirety of Highlander, McKidd has the edge. If this unnecessary remake ends up being worth watching, I imagine it’ll be because of him. (Via Cinema Blend)