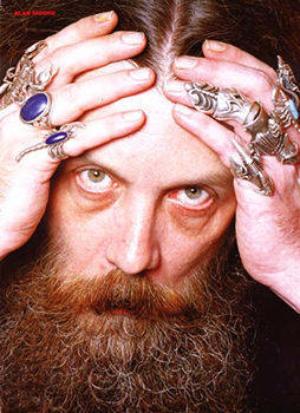 I think my favorite part about this Watchmen movie is how every few months, people call up Alan Moore to ask him what he thinks about the film, and he has to find some new way of spewing bile and hate all over it. Most recently, the New York Times made the call, and, shockingly, Moore’s opinion hadn’t changed.

?I find film in its modern form to be quite bullying,? Moore tells Geoff Boucher. ?It spoon-feeds us, which has the effect of watering down our collective cultural imagination. It is as if we are freshly hatched birds looking up with our mouths open waiting for Hollywood to feed us more regurgitated worms. The Watchmen film sounds like more regurgitated worms. I, for one, am sick of worms. Can?t we get something else? Perhaps some takeout? Even Chinese worms would be a nice change.?

I’m not sure what Chinese worms are in this metaphor?musical theater? puppet shows? roller derby??but Moore’s gone from hating movies of his comics to hating all movies, a medium which includes masterpieces like Citizen Kane, Seven Samurai, and Big Trouble in Little China. He’s clearly near some kind of breaking point; eventually, Moore’s going to run out of high-fallutin’ put-downs, his immense brain will snap, and he’ll just start screaming obscenities. It’s going to be awesome. I can’t wait! (Via Newsarama)