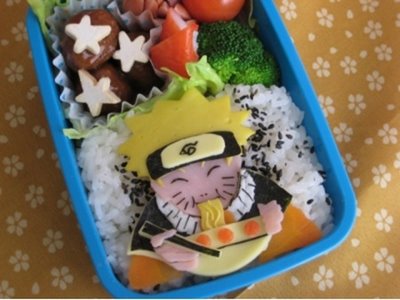 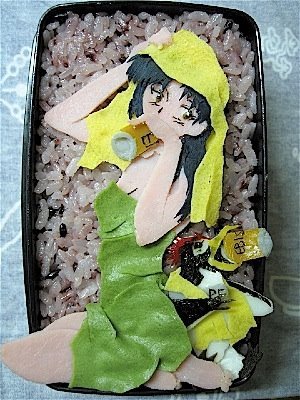 Not much to say here, other than yikes. While we gaijin may have our elaborate cakes, the Japanese choose to eat their nerdery in the form of bento boxes. I have no idea what the flesh is made out of, but I’m choosing to believe it’s sliced turkey or something, as I’m dead certain the real answer would disgust me. These all came from the infamous 4chan, as spotted by the Narutard no Blog?there’s a few others, if you’re so inclined.