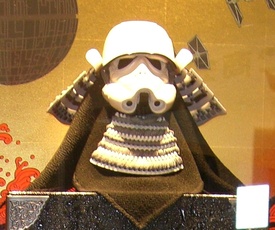 (Ed’s note: As part of his plea agreement, sporadic TR writer Bryan Hartzheim will occasionally travel to Japan and write Daily Lists about whatever nonsense he can find. This is the first installment.)

Useless shit can often make great gifts, since you know that, being useless, no one would ever buy them for themselves. While America thinks it makes some useless shit, Japan, of course, has it own to a science?and a large convention, too. The 66th Annual Tokyo Gift Show took place over the course of last week out in the Tokyo Big Sight (the huge Odaiba convention center that?s impossibly shaped like an upside-down pyramid), and we?ve got the goods?to be precise, the ten best useless goods that you?d be somewhat pleased to not pay a dime for.

Haven?t you ever wondered, ?What if my high-tech and incomprehensible computer was made entirely of something Luddite, like wood?? No? Well, here?s a product for you anyway?a company that replaces your entire keyboard frame with an exact wooden copy. They?ve also made wooden USB flash drives. There?s a mouse, too, but it?s not made of wood, but it comes with a mousepad, which is. If you’re this into natural computing, it might make more sense to buy a laptop and take it outside. 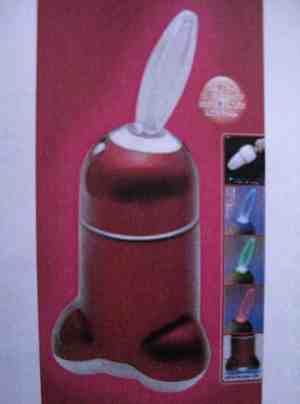 Colorfully designed handivac, or giant penis-shaped sex toy with glowing tip? Why not both? 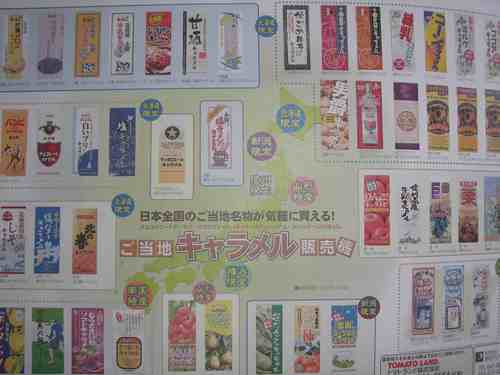 Caramels are generally an old people’s candy, so it’s no surprise that caramel manufacturers are trying some bold ideas to get today’s kids into their chewy, teeth-destroying product. For instance, Tomato Land?s candy line is coming out with some new caramel flavors. A lot of them, actually. Some, like Salt and Butter caramel or Vanilla Pudding caramel, sound positively delicious. Some, like Lamb BBQ (gingisukan) or Lavender caramel, sound positively disgusting. And some, like Bambi-flavored caramel, sound fucked up beyond all measure. 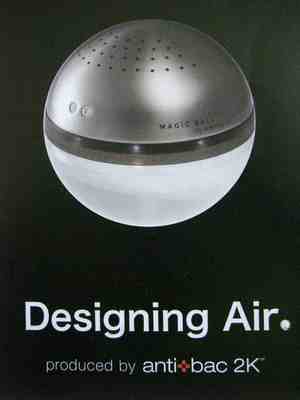 This humidifier lets you do with air what you will, because air is so uninteresting in its original, life-sustaining state. Wait, what? 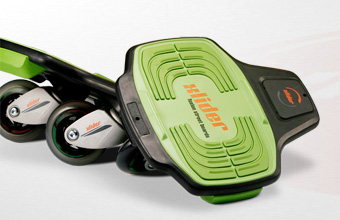 This thing isn?t so much useless as it is monumentally stupid. Xliders, however you pronounce them (the Japanese dude hawking them was saying Ekusuraida), are like rollerblades, but without the straps or efficient design, and are designed to go down slopes. I wish I could know how they work, but the display guy kept stumbling and falling down after rolling on them a few feet. After many hundreds of hours, one might become quite expert at doing stunts down inclines to impress?absolutely no one, since you?ll be the only one you know on these. But hopefully the Xlider will catch on just enough to create more hilarity as the next villain in Iron Man 2 rides one to work.

Once dropped into your water, this handy little device upgrades it in a few seconds to mineral water status. It also gives your drink bubbles, meaning that flat Carl?s Jr. Sprite sitting in your cup holder for the past several days can now have a second life. 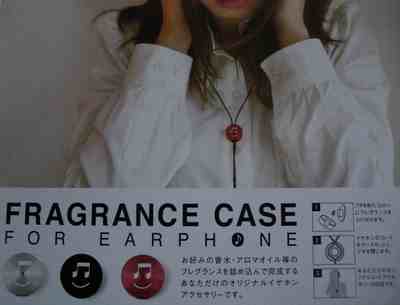 This device is perfect if you?ve always wanted to have wafts of perfume unrelentingly fill your nose whilst listening to your iPod. Simply attach it to your earphone cord, and smell away. You won’t look weird or awkward at all. 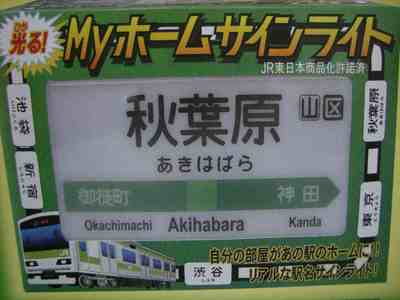 If you?ve ever been to Tokyo, you?ll recognize this station sign is one of many on the Yamanote circle line. And if you?ve been on the Yamanote, you?re likely a huge fucking nerd who?ll recognize this specific sign as the one from Akihabara, haven for electronics and disturbed otaku gawking at anime. If you buy this flashing station sign/paperweight, you?ll have a constant reminder of your trip to Tokyo/huge fucking nerd status. 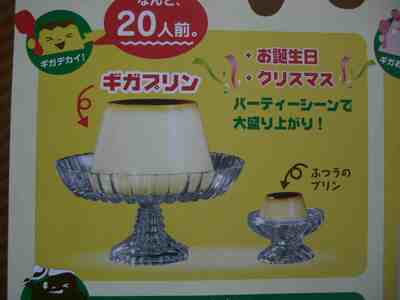 Confectionary toys will always have a place in the hearts of nerds, especially if they promise the effortless production of baked cookies and brownies. The Giga Pudding Kit is the successor to the Easy Bake Oven, but takes things a step further by letting you make a flan 20 times larger than that of your typical flan. The flan on display is about as big as the average reader?s head, or about as big as the torso of the average display girl. 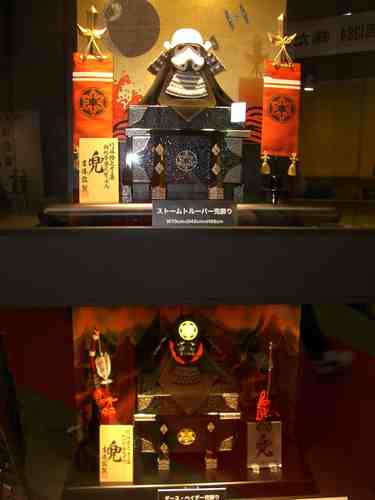 We?ve seen the samurai Star Wars cosplay before, but these two Imperial bushido are impeccably designed and professionally constructed by Yoshitoku, a doll producer of ornate and obscenely expensive kabuto displays of family armor for national Japanese children?s holidays. The Vader and newly released stormtrooper gear can?t be worn, but can be idolized?both come with helmets, full suits of samurai armor, and an altar display, all for a mere 346,500 yen, which, at the rate of about 109 yen per US dollar, is approximately a fuck-ton of money. I got one good pic in before security told me no pictures, and then I took another, and then I was gently escorted out of the building.