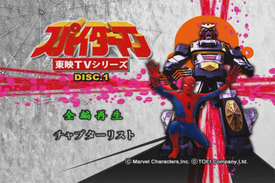 The recent American release of Spaced may have earned the cult Britcom an entirely new legion of fans, but to owners of region-free DVD players?many of whom purchased their machines years ago just so they could check out the show?it was old hat. As Blu-ray, torrents and On-Demand programming slowly knock DVD off of its throne of dominance, true videophiles who prefer to own physical discs can still seek out plenty of rare offerings that have never been issued as NTSC Region 1 releases. There?s a number of reasons why certain titles aren?t available on DVD in the U.S. of A., from legal difficulties and music clearance issues to the simple fact that some releases just wouldn?t sell well enough for major distributors to incur the costs of producing and marketing them. Region-free players neatly sidestep these problems and allow viewers to own films, concerts and TV shows that they probably wouldn?t get the opportunity to otherwise. (The fact that the players and import DVDs are easy to track down online is nice too). Here?s a look at 8 domestically unavailable DVDs that more than make up for the low cost of a region-free player.

8) Life On Mars: The Complete Series One and Two

After getting hit by a car in 2006, Manchester police detective Sam Tyler (John Simm, better known as The Master in Doctor Who) wakes up in 1973 and finds himself trying to figure out if he?s ?mad, in a coma or back in time.? Over the course of 16 beautifully orchestrated episodes, he dealt with his politically incorrect boss, Gene Hunt (Philip Glenister) while the answers he sought were slowly revealed to him. Although the series aired on BBC America, DVDs of the series? two seasons have yet to be made available on this side of the pond. Given the limitations of American network television in terms of language and violence and the production issues plaguing the upcoming ABC remake, you?re probably better off tracking down the original show. FYI?for those of you who can?t get enough of the Gene Genie, the first season of the fun (but wholly unnecessary) sequel series Ashes to Ashes is available on DVD in the UK as well.

Amongst the many cinematic crimes perpetrated by the makers of The Hitchhiker?s Guide to the Galaxy film was their failure to cast Robert Webb and David Mitchell as Arthur and Ford. Playing the characters of Jeremy Osborne and Mark Corrigan on the UK sitcom Peep Show, the pair exhibit the exact amount of disdain and unwilling friendship that would have perfectly brought to life Douglas Adams? tea-loving everyman and his self-consumed alien pal. Sigh. With only the first season of the show released on DVD in the U.S. and repeats nowhere to be found on cable, Britcom fans are missing out on a show that is funny and truly edgy. (The fourth season installment where Jeremy accidentally kills his would-be girlfriend?s dog and proceeds to eat it stands alongside of Fawlty Towers and The Office as an example of the genius of discomfort-based comedy).

Long before Lost made him a household name through his portrayal of mysterious wackjob John Locke, Terry O?Quinn demonstrated his versatility in this classic horror thriller that has never been available on DVD in the United States. Given O?Quinn?s current high-profile gig (and the upcoming remake of the film starring Christopher Meloni) you?d think there?d be a release of this in the works. Until then, you can pick up either Umbrella Studios or ITV?s UK release of the flick and be thankful that you didn?t have a stepdad who was a raving loony. Unless you actually did, in which case you should probably skip this one.

Before you all go flexing your Internet muscles in the comments section, I am aware that this is available on DVD in America. But part of the brilliance of foreign DVDs is that they often feature supplementary materials that blow away those on domestic releases. Case in point, Studio Canal?s Region 2 PAL version of They Live that features a killer commentary track with John Carpenter and Roddy Piper and a making of featurette that our bare bones DVD is sorely lacking. Also worth mentioning is the Region 2 release of Starman in which Jeff Bridges tantalizingly mentions to Carpenter in the commentary that he has an idea for a sequel.

While Hamlet 2 wasn?t quite the breakout role for Steve Coogan that many of his Anglophile fans hoped it would be, there?s still plenty of his past performances floating around out there waiting to earn him new converts. Perhaps Coogan?s most underappreciated work, the 2001 comedy anthology series Doctor Terrible?s House of Horrible both paid tribute to and ruthlessly skewered British horror films. Highlighted by production design that faithfully recreates the look of Hammer and Amicus Films classics, the show plays like a 30-minute version of Grindhouse?s phony Don?t trailer.

Even if it didn?t feature Phantasm II (which is mysteriously unavailable on DVD in Bush?s America), this five-disc box set would still make horror nerds drool. Packaged in a replica of the killer sphere from the Phantasm films, the release features all four movies from the franchise as well as an exclusive bonus disc in which the film?s stars and production staff wax nostalgic about the Tall Man?s murderous adventures. (Sadly, the sphere isn?t functional).

You?ve probably watched some episodes of this on YouTube or bought a VHS compilation of episodes at a comic con, but your life is devoid of all meaning until you witness Spidey fighting kaiju in all of its digital glory. In case you are somehow unfamiliar with this oddity, here?s a brief history lesson. In 1978, the Toei Company aired a live-action Spidey TV series in which the webhead battled various monsters. When it looked like he was going to get his costumed ass handed to him, he called in the Marveller?a gigantic robotic spacecraft that he used to pummel the bad guys into submission. All 41 episodes of the series are available in a beautiful, albeit pricey, eight-disc set. It lacks English subtitles but it does feature an interview with Stan Lee in which he discusses the show?s dubious legacy (and it?s not like the show is hard to follow). There?s no bullshit clones or retconning here, just plenty of rubber-suited mayhem

Grindhouse is the most exhilarating film for trash cinema fans released so far this decade. Unfortunately, it was marketed terribly and died a quick death during its domestic run. Overseas it fared even worse as Planet Terror and Death Proof were released separately in some markets without the fake trailers that linked the two films together. When they remained apart on DVD, many fans of Grindhouse fretted that they would never get to see the film again the way that is was originally intended. Fortunately, there?s a six-disc Japanese box set that includes the theatrical version, the extended versions of Planet Terror and Death Proof and a disc of interviews, trailers and featurettes. Available for $100-$130, the set is the perfect example of how region-free DVD players allow diehard movie fans to own officially released versions of films they couldn?t get in their home country. It?s a niche audience to be sure, but one whose members always have something great to watch.