Menu
Home
>
Anime
>
The Japanese Wedding of the Post-Apocalypse 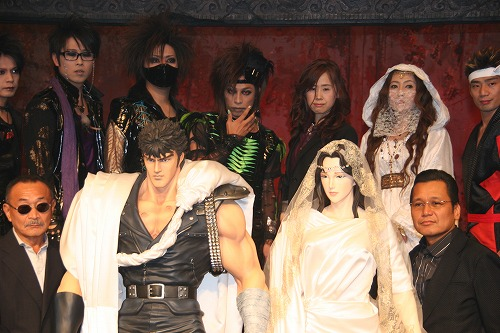 Love was in the air last Friday as Kenshiro and Yuria finally tied the knot in Tokyo. The ceremony was simple, beautiful, and totally fucking insane, because Kenshiro and Yuria are goddamn manga characters. And not just any manga characters, but stars of Fist of the North Star, a post-apocalyptic manga best-known for the protagonist’s ability to make people’s heads explode with a single punch. From ANN:

The ceremony marked the 25th anniversary of Buronson and Tetsuo Hara’s post-apocalyptic fighting story in Shueisha’s Weekly Shonen Jump magazine. 3,000 people applied for the 777 seats at the wedding.