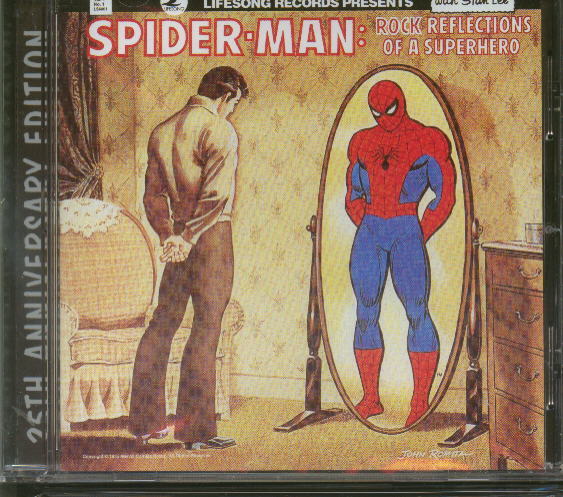 You heard about it, it mentally repressed it, you heard about it again, you drank until those brain cells were dead, and but I’m here to tell you again?the Spider-man musical is really happening, and sooner than you think, likely 2009. This is indeed the musical directed by the acclaimed Broadway’s Lion King’s Julie Taymor, with music from U2’s Edge and Bono. And with, uh…

? Arachne, a woman turned into a spider by Greek gods
? An “otherworldly lover”
? A “terrifying (and sexy) dark goddess of vengeance”
? A “dance partner in a charged and violent spiders dance of death”
? And a chorus of geeks, including three boys and girl, who tell stories about Spider-man the entire time

This is all from the musical’s 2007 casting calls (via IESB) and in addition to Spidey, Mary Jane, the Green Goblin and J. Jonah, but this should explain why your brain is trying to make you forget this exists. Heidi MacDonald over at the Beat heard word that the show will actually be great, but forgive me if I remain dubious.

Besides, it can’t possible be as massively entertaining (note that there is no positive or negative connotation implied here) than the absolutely insane 1975 Spider-man album Rock Reflections of a Superhero (shown above), featuring songs like “Peter Stays and Spider-man Goes,” “No One Has a Crush on Peter,” and my personal favorite, the Elton John/Pinball Wizard-esque “Dr. Octopus Part II.” Seriously, head here to the Amazon page and listen to the snippits, which prove that the album is one of the most ’70s-ish things ever made in the ’70s. Even True Believers won’t believe their ears.