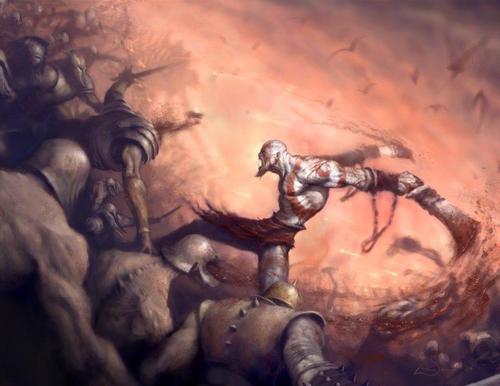 Well, he doesn’t think he personally is a God of War?to my knowledge?but he is anxious to make a terrible movie out of the hit Playstation 2 game, though. Fresh from his defeat in trying to make a Guitar Hero movie (just don’t ask), Ratner told UGO he’s got a script based on the hit game, which features a brutal warrior-clown (oh, look at him) killing a variety of people, mythological creatures and Greek gods, and having the occasional threesome. As UGO points out, the game’s plot isn’t especially deep, which suits Ratner’s storycrafting talents. Still, feel free to do away with the white and red clown paint, Brett. I’m really going to be okay with that.