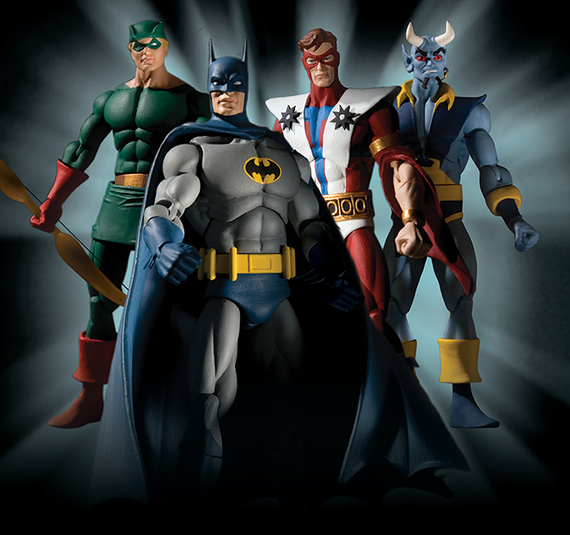 DC Direct released pics of the first two waves of its new History of the DC Universe toyline earlier this week, and I totally ignored it because I thought it was just another non-specific line that will include the DC mainstays and a few assorted lower -tier characters. Then I remember that the line will be based entirely on Perez’s artwork, and almost all comic fans think George Perez shits golden eggs and can heal with a mere touch, so I thought I’d better show you guys. The first wave?which comes out in July 2009?includes Batman, Green Arrow, Blue Devil and Manhunter, and what I think is cool is that they’re all pretty damn articulated, to the point of wrists and a torso joint, like Marvel Legends or Mattel’s DC Universe Classics. However, they’re 6 1/2-inches, meaning they’re just a touch too big to be in-scale with Mattel’s line and will effectively force you to collect one line or the other (hee hee!). You can see Wave 2 after the jump, with the Flash, the Creeper, Black Lightning and Aquaman. (Via Action Figure Insider) 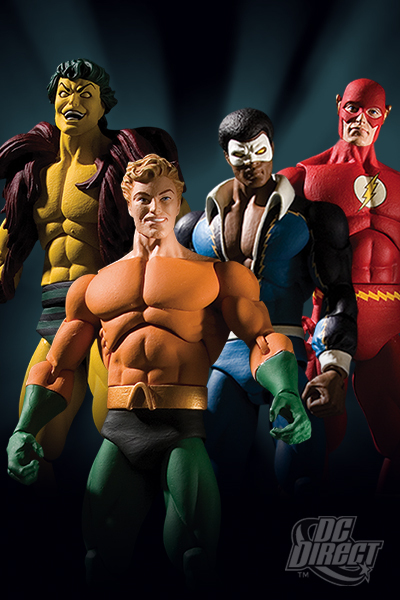