Menu
Home
>
Movies
>
Knowing is Half the Sorrow

Any of you poor souls who still have some hope for the live-action G.I. Joe movie…I…I don’t know how to break this to you. Frankly, you should just close your browser and go fix yourself a stiff drink, because you’re going to be a lot happier not knowing, because knowing this is half a battle you can’t win. If you must continue, don’t say I didn’t warn you. Let’s start gently, with the less bad news. 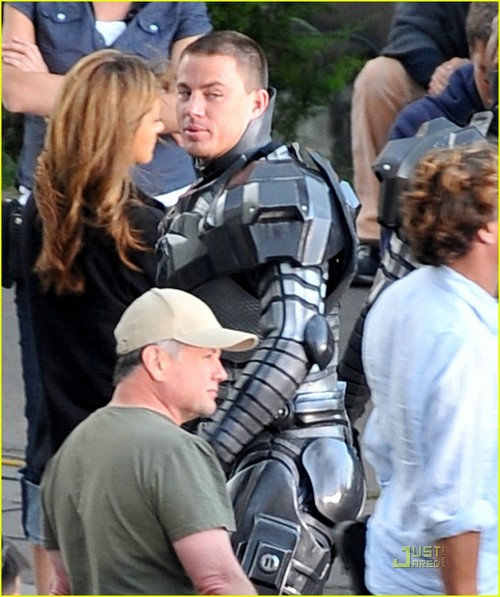 That’s “Duke,” or rather, “actor” Channing Tatum filming some scene in that ridiculous body armor director Stephen Sommers (The Mummy) has all the Joes wearing. Now, I was hoping that the armor was just that terrible “speed-suit” thing that the Joes would wear for a little bit, but this makes it look like this is in fact their uniforms.

It’s worth pointing out that the armor the guys wore in Starship Troopers?set several centuries in the future where they fight giant bugs?looks more realistic and soldier-y than these things. Seriously, Robocop looked more like G.I. Joe than this nonsense. My buddy Zach Oat and I were discussing these things, and we came to the solemn conclusion if they had simply put all the Joes in tiger stripes it would have been better?at least we could have pretended they were in Tiger Force. 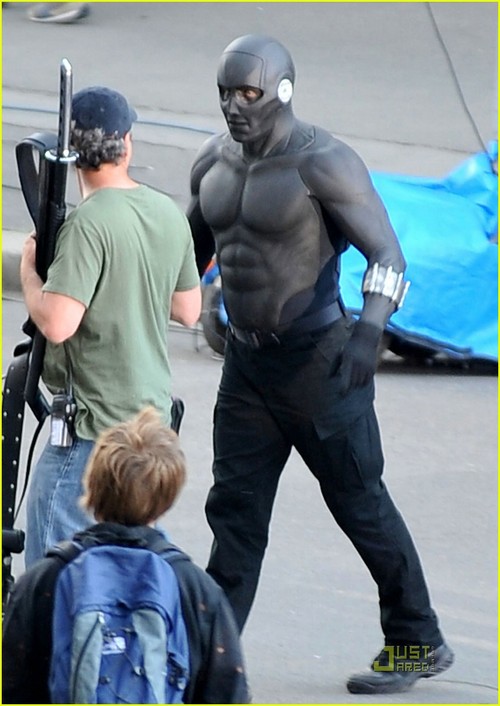 This is fucking Snake Eyes. Without his mask or visor. Why he has latex over his entire face I don’t know. Why his lips are sculpted into his face-latex, in what appears to be a saucy little smile, I also don’t know. Why he looks so pudgy, I honestly cannot tell you. Why his armor is tucked into his pants remains a total fucking mystery to me. And why is God letting any of this happen? Because he hates us. (Via Just Jared)