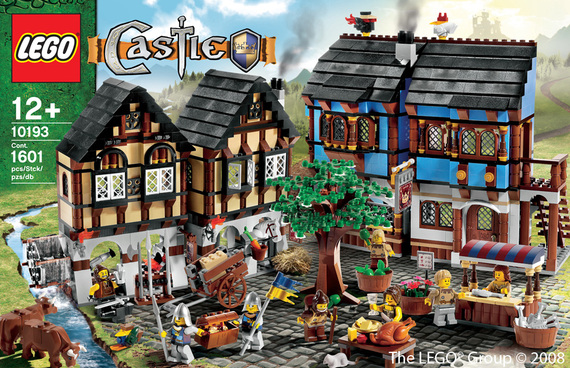 Actually, what you’re looking at is the Medieval Market Village, which is notable for several reasons. First, it has the world’s first Lego turkey. Second, it’s packed with regular guys and gals of the medieval world, which is good news for folks wanting to make videos with Lego people?this should up your cast considerably. It also comes with a tavern, which is pretty damned awesome. Last but not least, this looks like the first awesome, non-licensed Lego set I’ve seen in quite a while?it reminds me of the awesome Lego sets of my youth. Anyways, I thought was worth pointing out?it’s due in January, and you can see plenty more pictures over at The Brothers Brick.