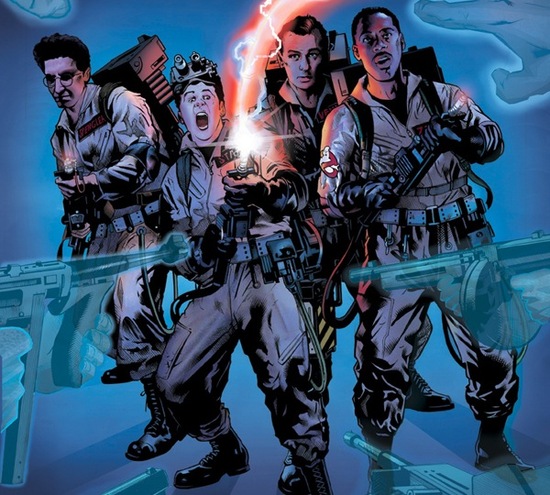 MTV has a 7-page preview of IDW’s upcoming Ghostbusters comic, and unlike Egon’s awesome plan for drilling a hole in his head, I’m not sure it’s going to work. The art is okay, and the plot?at least as it related to Venkman’s body getting possessed and him becoming a ghost himself?has some promise, but man, the dialog is terrible. Part of the problem is that the ghosts who need busting are all gangsters from the ’20s and ’30s, which gets graon-inducing almost immediately, but it’s Venkman’s “quips” that will have you ready to cross the streams, praying for every molecule in your body to explode at the speed of light. The comic is apparently due out today, so definitely give it the once-over before you decide to buy it.