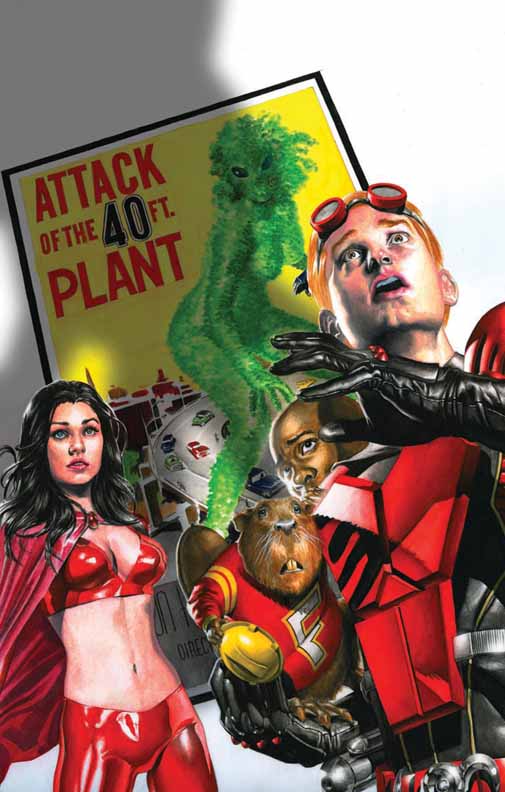 Seth Green announced he’ll be making his cinematic directorial debut with Freshmen, based on the comic he co-created with Hugh Sterbakov and Image Comics about a rag-tag group of young superheroes, which runs the gamut from mind control to a 15-foot-long indestructible penis. Green tells Moviehole:

“It is kids – it’s Revenge of the Nerds meets X-Men. It’s kids in their first year of college, their first days of college, leaving the nest for the first time, awkwardly discovering their own identifies, trying to cast off all the things that have been placed on them throughout their scholastic career, and define their own identity in college. … And then they are the victims of a scientific event, which gives them borderline useless superpowers. So now in addition to being these outcasts of the outcasts, they are additionally alienated, with a physical deformity.”

Luckily for Green, the main character Norrin (that’s him on the right) looks a helluva lot like him?quelle coincidence?so he can star in it as well. Lucky for everyone, the character of Annalee Rogers looks a helluva a lot like Green’s friend Mila Kunis, which means if she’s hired, he (and we) could be watching Kunis run around in this.