Children everywhere are in constant danger. Not from lit stoves, or electrical sockets, but toys. No, they aren’t in danger of choking on the pieces?well, okay, they are, but that’s not what I’m talking about here. See, children are total innocents…which means they can be sent down the road to sexual perversion and utter depravity with the merest push. Simply giving a child the wrong toy at the wrong time can cause them to end up giving blowjobs to hobos later in their life. Thank goodness so any people are watching out lest any toy with the least sexuality get into our children’s unsuspecting hands. Of course, some times, toys do slip through, and countless children are turned into mindless, 6-year-old sodomy fiends. Here are the seven toys that were too sexy, and ruined children forever. 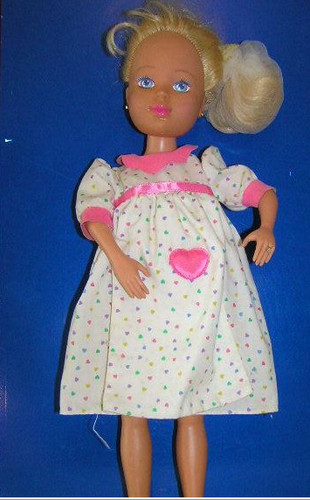 The people at Tyco thought the early ’90s was high time to teach children the birds and the bees with ?Mommy?s Having a Baby? set?namely, a doll that had another doll right in its stomach. Despite the fact that Tyco went the extra mile and gave “Mommy” a wedding ring, folks still complained. Nobody seemed to notice the doll’s creepiest feature, which was its child-like features and over-sized head, which made her look like a pregnant 8-year-old. 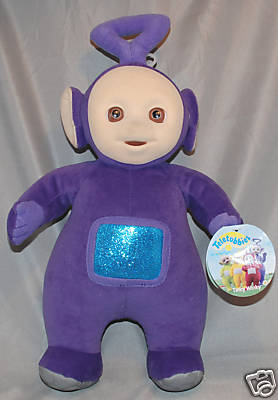 The poo hit the fan when the religious right decided that Tinky Winky, the triangle-headed, purse-wearing member of the creepy Teletubbies TV series was, in fact, gay. It was a pretty impressive conclusion given that the Teletubbies appear to have no sexual organs, as they are nude at all times, and are also alien creatures that are dumber than babies. How a small purple doll could make a toddler want to have hot gay sex is beyond me, but clearly, the conservatives saw the danger. On the other hand, ol’ Tinky Winky does make you long for the ’90s, when meaningless shit like this was all we had to read about in the news. 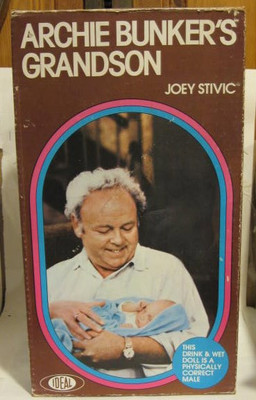 All in the Family was a breakthrough sitcom of the early ’70s, tackling issues of race and gender equality with an abrasive but endearingly lovable tone that would have trouble getting on the air today. When Ideal Toys decided to make a doll of main character Archie Bunker?s new grandson Joey Stivic, they decided to infuse some of that controversy by making him the first anatomically correct male doll. Why? No fucking clue. The sight of this would no doubt have his grandfather saying?Aw Jeez, why the hell can you see his franks and beans dere?? 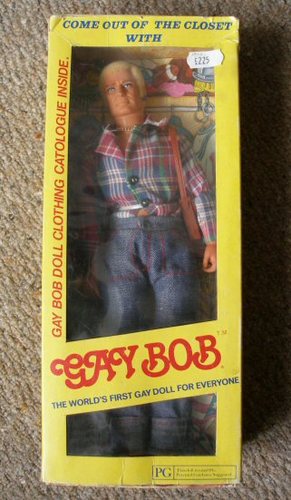 In 1977, Gizmo Development released the first ?out? action figure, Gay Bob, who had fabulous flocked hair and a ?man purse,? and who also came packed in a closet, just ready to sally forth and do some serious shopping. Bob also came packing with more firepower than G.I. Joe in his pants, if you know what I mean (he had a penis). Since Tinky Winky had a hard time in the ’90s?and he was just a purple blob?I have no idea what Gizmo was thinking. Outraged biddy Ann Landers blasted the toy in her column, which probably made more people run out and buy it. 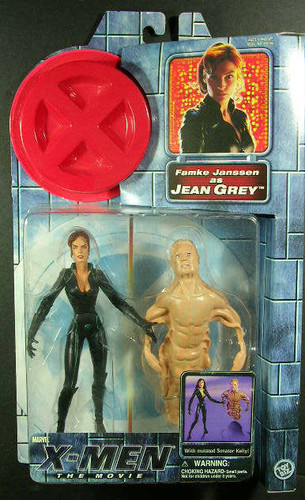 Cleavage is normally a welcome thing, and Famke Janssen’s cleavage especially so. However, in the toy world, it seems to be better to conceal than reveal. When Toy Biz made Jean Grey from their toyline of the first X-Men movie, Jean had a rather low neckline, much like she did in the movie. Some parents were concerned that boys were getting to see too much plastic breasts, and Toy Biz quickly had a “shirt” painted on to cover up her d?colletage. So parents don’t want children to grow up to be gay, and apparently, they also don’t want them to be straight, either. And it’s the old nerds who so desperately want to see Janssen’s plastic breasts who are the losers (cough).

In an effort to make Barbie?s eternal boy toy Ken cooler to little girls, Mattel took Ken on a walk to fabulous boulevard. With his two-tone hair, single earring, lilac mesh shirt and purple faux leather vest, folks started looking at Ken the same way they did with Jonathan during the last season of Who?s the Boss? This delighted Ken?s other loyal fan base, howevergay men made Earring Magic Ken one of the bestselling dolls in the line. Sadly, Mattel caved to pressure and removed the doll.