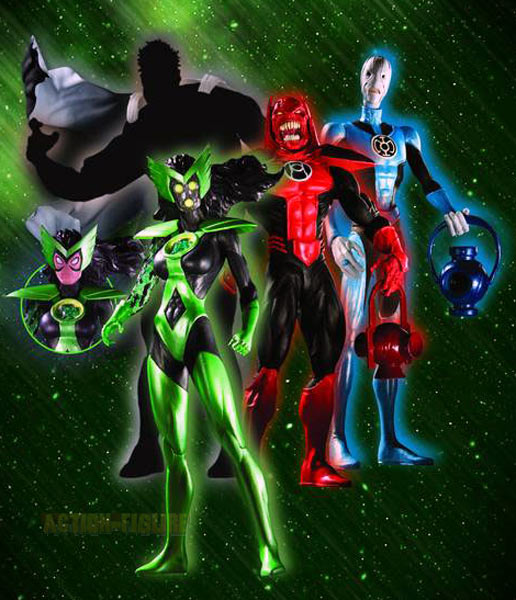 You know, for all the shit Grant Morrison and Mark Millar and Jeph Loeb and all those people get, there’s one comic writer whose name I’ve never heard maligned: Geoff Johns. I’m sure there’s a TR reader right now, insane with rage that I think Johns is considered good, but as far as I can tell, almost everyone thinks he’s a great writer (some say the best of both Marvel and DC), and genuinely everyone says he’s a great guy (myself included). So I’m actually a bit surprised that it’s taken DC Direct so long to make figures from his Green Lantern/color war opus. Not counting the shadow in the back, that’s: