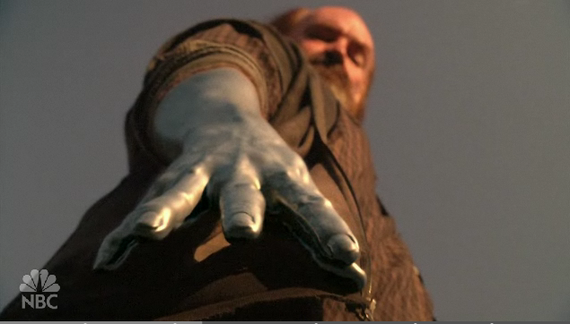 If you missed Heroes and/or Topless Robot‘s Heroes Live-blog last night, then I pity you. We were finally introduced to the one character who might justify this entire season?a decrepit, trailer park-dwelling bum with the ability to turn (at least his arm) into metal. The fabulous CTrees dubbed him THE MIGHTY HOBOLOSSUS, and frankly, my life is significantly better since his powerful, yet foul-smelling presence entered my life. If you meet him, I’ve been advised he will happily give you a “fastball special” for the other half of your sandwich.