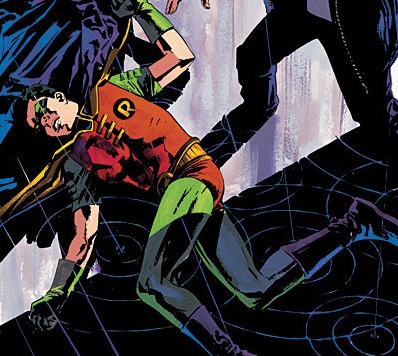 ? Apparently I wasn’t the only one who thought that the new trailer for Joss Whedon’s Dollhouse looked lame. Fox is putting the show in Friday nights, where it generally premieres shows to die (Firefly got the same treatment). This ensures that Dollhouse will be incredibly awesome, will be prematurely canceled, and fans will freak the fuck out. Oh, and the Terminator show is moving to Friday’s, too. Sayonara, Sarah Conner! (Via /Film)

? The CW has scrapped plans to make The Graysons, the show that was inexplicably going to focus on Robin before he became Robin and was just some stupid kid/circus acrobat. Whether the CW executives finally stopped shooting cocaine directly into their scrotal sacks to realize The Graysons was a terrible idea, or if there’s just a merciful god who watches over us remains to be seen. (Via Newsarama)

? DC is canceling the Robin, Nightwing and Birds of Prey comics as soon as Batman R.I.P. ends. This would seem to lend credence to the rumor that Dick Grayson will be taking over the role of Batman, possibly with Batman’s assassin son Damien as Robin (not making this up, non comic fans). It would also lend credence to that fact that they don’t sell for crap, but I’m not here to judge. (Via AV Club)