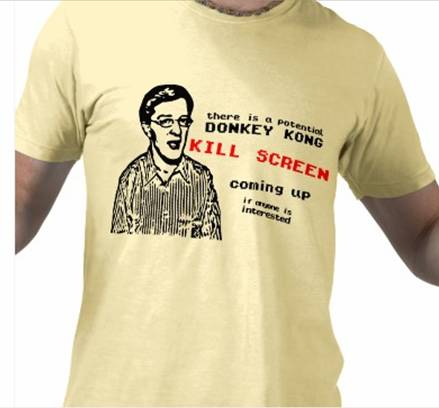 There’s a certain percentage of you who recognize this as the greatest videogaming shirt of all time. And then there’s a portion of which has not yet seen The King of Kong. To the latter people, go see it. To the former group, you can buy the shirt starting at $20 over at Zazzle. Thanks to Joystick Division‘s Chris Ward for the tip.