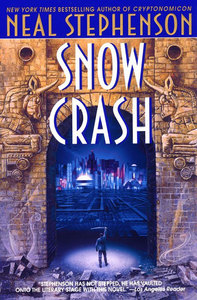 By Cory Casciato and Rob Bricken

Despite Hollywood?s obvious lack of ideas?see the onslaught of remakes, comic book and toy-based movies and sequels that are clogging your favorite multiplex?it has consistently overlooked some killer opportunities for adaptation among the ranks of classic science fiction and fantasy. These are time-tested, fan-approved intellectual properties, ripe for the plucking. Sure, they may face licensing hurdles and the unrealistically high expectations of their dedicated fan bases, but I don?t care about the logistical difficulties?I?m just the ideas man. 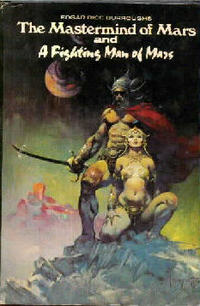 It?s absolutely mind-boggling that roughly 500 adaptations of Burroughs other famous series, Tarzan, have been made, yet no one has managed to bring any of the Barsoom stories to the screen. Tarzan is just an ass-backwards hick in a loincloth with a chimp and a hottie girlfriend. By comparison, Barsoom offers an entire planet full of decaying cities, airships, sword battles, pirates, four-armed, tusked barbarian green aliens and a square-jawed, steely-eyed all-American hero with a red-skinned sex-pot girlfriend who walks around in a less-modest version of the Slave Leia outfit most of the time. Many film versions have been attempted but not a single one has ever been finished and almost every space opera, especially Star Wars, has stolen liberally from it. It deserves its chance in the sun.

7) The Mote in God?s Eye by Larry Niven and Jerry Pournelle 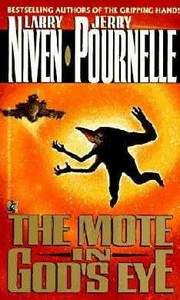 This classic features a star-faring human empire that discovers a cute, cuddly-looking alien race that looks something like a three-armed Ewok. But this is not one for the kiddies, since these aliens turn out to be the nastiest, most dangerous little fuckers since the aliens of Alien. Impossibly advanced technologically and harboring a deadly secret related to their breeding habits, the cute, friendly aliens turn out to threaten the very survival of humanity. It?s a story full of epic space battles, death-defying escapes and terrifying ?gotchas? through and through. It would undoubtedly be one of the most expensive movies ever made, but would put every previous big-screen sci-fi epic to shame if they nailed it.

6) The Man in the High Castle by Philip K. Dick 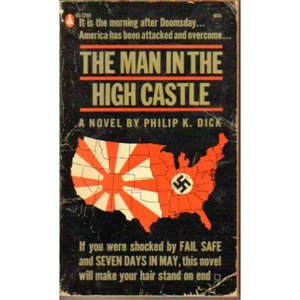 This is another book that?s been optioned multiple times for a film version, without success. It?s a story of alternate history where the Axis powers won World War II and jointly rule an occupied U.S.A. Dark, unsettling and full of questions about the nature of reality, it?s considered one of Dick?s best works. Considering Blade Runner, one of the best science fiction movies ever made, was adapted from another Dick classic (Do Androids Dream of Electric Sheep?) this could easily become another classic, especially in the hands of a director adept at the kind of reality-shifting weirdness that runs throughout the book. My vote goes to Richard Kelly of Donnie Darko and Southland Tales fame. 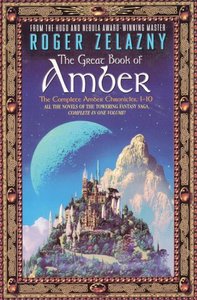 Part science fiction, part sword and sorcery epic and completely original, Zelazny?s Amber series follows a family of multiverse-walking demigods as they scheme with and against each other for control of Amber, the one true world, and by extension, the rest of the infinity of ?shadow? worlds that surround it. With its immense scope, large and complex cast of scheming characters and reliance on mysticism, this one might be a nightmare to pull off, but if it worked it would stand up next to Lord of the Rings as one of the all-time epic fantasy tales told on screen. 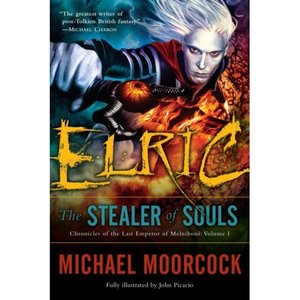 Conan is all well and barbaric, but there?s something unjust about a muscle-headed simpleton like Conan getting so much on-screen love while the complex, nuanced brilliance of the Elric saga is ignored. An albino emperor and last descendant of an ancient dynasty with a sentient, evil sword that gains power with each being it kills, Elric is the ultimate anti-hero and a complete badass. He?s already been the subject of a fantastic Blue Oyster Cult song (?Black Blade?) but he deserves a movie of his own. 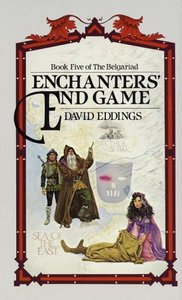 No one?s going to accuse David Eddings? first fantasy opus of originality?it?s a traditional fantasy land of varied nations, monsters and magic, where a young boy is a secret king and destined to battle and evil god. But what Eddings brings to the table is a sense of humor and a wonderful ear for dialogue, and his huge cast of characters are all people you?d like to hang out with (well, maybe not the Imperial Princess Ce?Nedra, who is kind of a bitch). Sure, you?ve probably read about lands of snake-worshipping people and a dark land of evil a few times, but Eddings makes the journey immensely enjoyable. A movie could ride the coattails of the LotR flicks to make a great deal of cash, with all the requisite toys, videogames and what not.

William Gibson may have coined the term cyberspace, but it was Neal Stephenson who knew what it would really look like. Snow Crash is a intensely intelligent, immensely funny tale of the samurai sword-carrying hacker/programmer Hiro Protagonist, who must navigate the utterly lawless yet incorporated real world and the eerily prophetic cyberworld to figure out the mystery of the deadly cyberdrug Snow Crash, which somehow ties into Sumerian myth, a smart aleck delivery girl named Y.T., the pizza delivering mob, and the potential end of civilization. Good times.

1) Stranger in a Strange Land by Robert Heinlein 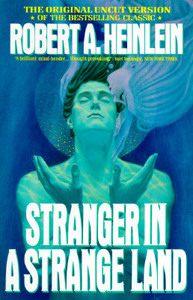 This is one of the few science fiction novels that regularly shows up on non-genre ?best of? lists and occasionally gets mentioned as literature. Like Man in the High Castle, this one is less epic adventure and more think piece. It follows the story of a man raised by Martians who returns to Earth and becomes something of a messianic figure. As much a work of philosophy as a novel, it still contains a story that?s epic in its own right. Besides, as one of the deans of science fiction, Heinlein deserves a decently accurate film adaptation and god knows Starship Troopers was an atrocious failure on that right. This is another one that would take the right director, but as long as it isn?t Paul Verhoeven, I?d be okay with almost anyone.