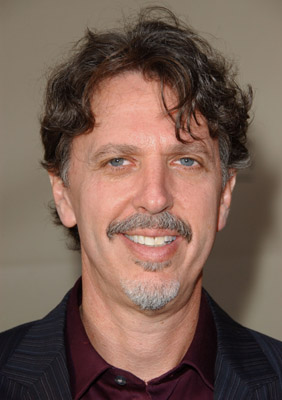 Fuck Tim Kring. Fuck him right in his ear. First, Heroes has sucked at different levels since right before the end of the first season (the second season was boring, and the third season has been godawful. This is not an opinion, but scientific fact. I will brook no argument on the matter). Then he calls Heroes‘ viewers “saps and dispshits,” and, rather than shutting his damn face, he’s still out there talking like an idiot to whomever will listen. As reported by AICN:

He told last weekend’s audience at the 2008 Screenwriting Expo: “I was primarily fascinated by the origin story.
Once the original story is over, and the character has no more
questions about what’s happening or existential drama, then the
questions become just about plot, and then it becomes harder for me
personally to connect to.”

No shit? That’s weird, because that’s exactly when Heroes‘ started sucking. Perhaps if you don’t want to make a show after the origin story, you should stop making the show and wasting everyone’s fucking time.

Don’t expect Peter to ever again reference his season-two love
interest, whom the super-compassionate male nurse abandoned to a
nightmarish alternate future. From IGN.com’s report on the presentation: When the fan asked if Peter would ever
acknowledge Caitlin or express any grief over what seems to be her dire
fate, Kring replied, “No, we passed it. We leapfrogged it.” He added
that when the idea of returning to Caitlin was brought up, they asked,
“Really? Are we going to risk that? We have enough stuff to [deal
with].”

So Heroes‘ main hero has abandoned a barmaid in one of Heroes‘ half-dozen dark, apocalyptic futures. Awesome. As a barely professional nerd writer, I think the best thing to do with loose ends and inconsistencies in your story is to just ignore them. That way you don’t have to ever think about the plot you’re writing, or the characters, or common sense, or decency.

And though Kring employs time travel constantly in the series, he advises others to avoid it: “It’s a minefield that will make your mind
explode. It will just drive you crazy. That’s been something we’ve
tried to use with a certain amount of rules – Not being able to change
the future unless you go back. That device has been one of those that’s
just been so complicated for us.”

Fuck you, Kring. Don’t pretend for a second you have any rules, especially with regards to time-travel, which you have used constantly and incoherently. You’ve shown a dark future three out of three seasons. People come from the future to be dark and mysterious several times a season. You had Hiro in 16th century Japan for half of season 2, for fuck’s sake. And  then, you had Hiro arbitrarily decide that he couldn’t go back in time to stop the formula from being stolen by Daphne “swearing he’d never do it again,” only to have him travel back a few episodes later to try and get the jump on the African Isaac. And then you sent Hiro on a vision of the past through some peyote bullshit…even though HE’S THE FUCKING TIME TRAVELER.

Oh, the Heroes Live-blog starts tonight at 8:45 pm EST. As you can tell, I’m pretty goddamn excited. Come drunk and belligerent, because I sure as hell am.