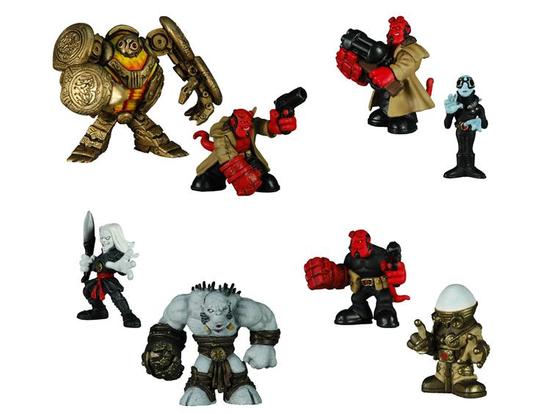 You may hate Hasbroes’ kiddie-fied Heroes series (and I’m sorry about your lack of a capacity for joy) but surely you can still appreciate Mezco and Mike Mignola aping the style of Marvel’s Superhero Squad and the like for these cute BRPD Buddies. The two-packs include Hellboy and a Golden Army Soldier, Hellboy and Abe Sapien, Prince Nuada and Wink, and Hellboy and Johann Kraus, all from Hellboy II (although Liz Sherman is strangely absent). They’re due in June and you can get the whole set for $32 over at Big Bad Toy Store, which seems reasonable until you think about it and realize that’s $8 per pack, so I suggest not thinking about it.