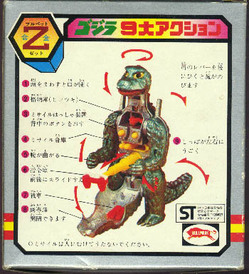 Whether you call him Godzilla or Gojira, there’s no debate that the giant green lizard is perhaps Japan’s greatest import, at least next to Hello Kitty and that Asahi beer. Originally a menacing monster and metaphor for the nuclear bomb, Godzilla changed over the years since he debuted in 1954, as director Eji Tsuburaya discovered that his biggest fans were kids, with all of their delicious licensing dollars. After 50+ years of wonderful, wonderful toys, here are ten of the coolest from all over the world. 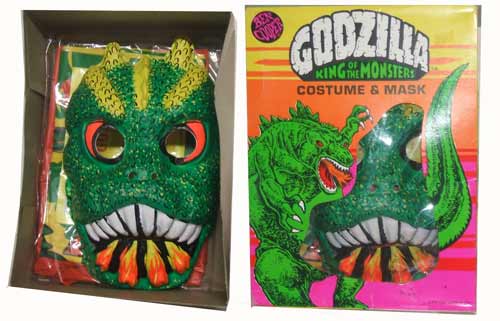 Playing with a Godzilla figure is all well and good, but there’s only one real way to replicate Godzilla’s immense size and destructive power–get yourself this Godzilla Halloween costume (it helps to have been a child in 1979), your sister’s dollhouse, and get wired on pixie sticks. Once you toss Barbie’s Corvette across the room in anger and bite off Ken’s head, you’ll forget all about the shame of having your named displayed across your chest. 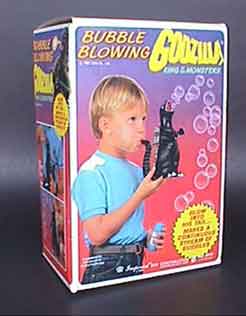 It’s very true that Godzilla has never once blown bubbles in his dozens of movies, not even the insane goof-fests of the ’70s with Godzooky. But we’re giving kudos to this toy, made by Imperial Toys in the ’80s, for being so ludicrously inappropriate as to be pretty goddamn awesome. Children had to blow into Godzilla’s tail in order for him to work, which just looks wrong somehow. Of course, the biggest benefit of this toy is that if managed to keep it into your teen years, you could have the most enviable bong in your neighborhood. 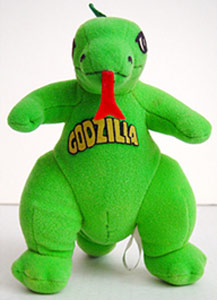 Although he’s primarily a giant irradiated monster who seems at times to kill simply for pleasure, Godzilla still manages to be a lovable lizard we can’t help but root for, at least when he’s eating foreign people and not us. Also, what better way to keep the Boogeyman away than the mother of all giant monsters? This 1970 plush from Knickerbocker was based on the Hanna Barbara cartoon of the late ’70s, but it started a plush kaiju craze which is still running strong to this day. 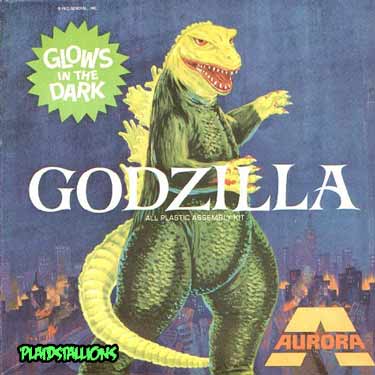 So accepted into North American culture was Godzilla the he was immortalized by Aurora plastics as one of their super cool figural Monster Kits in 1966 (that still show up in stores today). The classic kit held to the North American standard of changing Godzilla’s appearance, but it’s a terrific piece of toy history.

The best way to fight a giant monster? Build a giant robot version of that giant monster, of course. I’m surprised you even asked. Bandai honored the ’75 Mecha-Godzilla with this figure in 2007, and a rotating head, flight mode and alternate head and fists, even a piece of space titanium (whatever the hell that is).

Mattel’s Shogun Warriors toyline was already mixing up various anime robots back in the late ’70s, but when Mattel decided to add the Big G to the line in 1978, things just went off the hook. This incredible Godzilla toy had a flicking tongue that looked like fire, wheels, and a  fist that shot off with such force it could actually hurt a small child (trust us on this).

While Far East Monsters is actually an Ohio-based company, their heart is clearly in Japan, as shown by their wonderful 7-inch tall Godzilla statuette (released last year) that not only roars, but has lights in its and spine to appear as if Godzilla’s ready to fire a irradiated blast. You can still order it here for a very reasonable $45, as well a similar statuette of King Ghidorah. 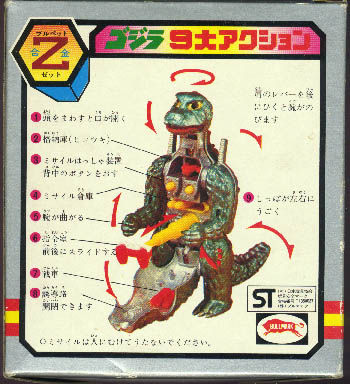 Remember the coolest part about Godzilla, how he could open up to reveal the secret military base and missiles inside him? No? That’s because you never watched a Godzilla flick on an  ether binge. Happily, the folks at Bullmark clearly did, and were able to dream up this insane  die-cast figure of the monster in the ’70s, who transformed–kind of–into the arsenal you see above. Accurate? Not at all. Insane? Clearly. Awesome? Without a doubt. 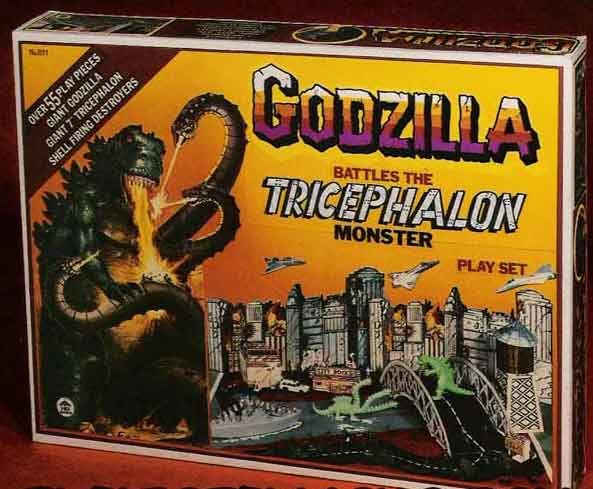 HG Toys was normally a manufacturer of crappy items that seemingly released directly to yard sales the world over, like puzzles and chalk boards. But for reasons unknown, the company went balls-out awesome with this city playset consisting of Godzilla, a generic opponent monster (they weren’t about to spend the cash to license anyone else from Toho) and a array of easily crushed army men and tanks in 1978. There is no child–anywhere in the world, at any point in time–that wouldn’t consider this one of the coolest toys of all time. 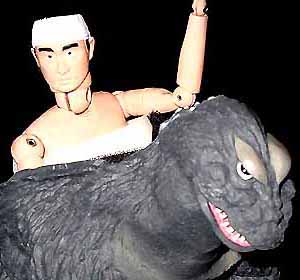 There have been plenty of Godzilla action figures made in the last 50 years, and likely, there will be many more in the future. But it’s this 1980 Takara figure which is the pinnacle of them all, by combining the Japanese version of G.I. Joe (called Combat Joe) with a Godzilla costume,Kids could play with Godzilla, or the sweaty Japanese man who toiled inside him, crushing cardboard houses and dreaming of that evening’s Asahi beer. The end result = one of the smartest, coolest and most meta Godzilla toys in the whole wide world, and one that’s thankfully been re-issued in Japan.