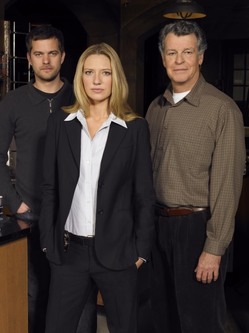 By Rob Bricken and Shaun Clayton

Perhaps you or a loved one has become the victim of a crime which was so unusual it defies most rational attempts to explain it. Perhaps you were attacked by butterflies made by your brain. Perhaps your wife was hit by a flying car driven by Abraham Lincoln. In this case you might want to turn to the Fringe team, whose adventures are chronicled in the Fringe TV show, which returns tonight on Fox. The Fringe team consists of emotionless FBI agent Olivia Dunham, the batshit insane scientist Walter Bishop, and his son and likely career criminal Peter. Together, they investigate “The Pattern,” the most bizarre cases that have potentially dire effects on both the United States and the world. (Oh, and there’s another girl who helps out sometimes.) But perhaps you’d do better to ask someone else for help–and here are 5 reasons why.

5) They Are Preposterously Understaffed

As implied in the intro, the Fringe team is kind of small. At best, there are four members: Olivia, the two Bishops, and Astrid, the other FBI agent who basically uses her intensive training to help hold beakers for Walter during his experiments, look stuff up on the internet, and occasionally get drugged against her will by Walter. That’s a grand total of four people, and technically, Walter Bishop is a lunatic, and Peter is there just to act as a liaison between Walter’s brain and the rest of the world. That means the Fringe team is really made up of one federal agent and a chick who is basically a research assistant.

Obviously, there’s a bit of deficit in the government nowadays, but can’t the FBI scare up a few more people for this investigation? If “The Pattern” is so important to America’s safety, doesn’t it merit investigation by more than two agents? Shouldn’t Astrid at least get to ride with Olivia to shoot-outs instead of hanging out in Walter’s lab, milking his cow? They found a plane full of people whose skin liquefied in the first episode, for christ’s sake. If that doesn’t warrant sending in the FBI’s A-team, we don’t know what does.

4) They Are Intensely Unimaginative

Every episode, a new bit of insanity is brought to Olivia to investigate, whether it be a baby who got old in a couple of hours, or a bus full of goo which killed everyone inside. And every time, Anna–and Astrid, and Peter–are bewildered, and remark how it’s not possible. This line is actually said almost once per episode–“You expect me to believe that?” We do expect you to believe that, for two reasons: 1) it’s clearly possible, because you’re looking at a plane full of people goo, and 2) it’s your goddamn job to investigate this stuff. Do you think they’d pay you to investigate shit that doesn’t exist? Ain’t no such thing as a free ride.

Since the show began, Olivia was brain-linked to her comatose boyfriend, has had his memories in her head, seen people stuck mid-teleport in walls, met a dude who generated electricity, and more. You aren’t being skeptical, Olivia, you’re being a moron. Oh, and calling it “The Pattern?” Lame. Especially since the Pattern consists entirely of weird shit with no actual discernable pattern whatsoever.

3) They Are Hilariously Unprofessional

Even in the PATRIOT ACT era, the FBI surely has some oversight. Someone is going to eventually question how many times Olivia has barged into some building without a search warrant and her only probable cause being an image taken out of a dead girl’s eye. Or that Walter will show up and start taking evidence from crime scenes. Or that they somehow get the ability to just remove patients from hospitals or corpses from morgues without any apparent consent from the family. Or how Olivia keeps bringing Peter along to gunfights, although he doesn’t have a firearm and his only value to the team is being alive so they can keep Walter out of the mental hospital.

It would be interesting to open a case file that the Fringe team has worked on with the methodology for collecting evidence based on such things as “Olivia had this memory which was really not her memory, but the consciousness of her dead boyfriend that she keeps around with her after having it transferred from laying in an isolation chamber with electrodes attached to her brain. That’s how we found a bunch of frogs hidden away in a warehouse that lead us to clues about the guy who killed himself thinking he was attacked butterflies. Pretty routine, actually.”

So in the Fringe world, there are only two people on Earth who know how to do the crazy stuff that gets done each episode–Walter Bishop and William Bell, Walter’s former lab partner and current CEO of Massive Dynamics. Now, Walter works for the Fringe team, and has been in a mental institution for the last 17 years. So. Who do you think suspect #1 should be?

If you said Walter Bell, congratulations! You are officially much smarter than the FBI. Olivia Dunham did wander into Massive Dynamics the first few episodes, asking to see Bell, and getting metaphorically bitch-slapped by COO Nina Sharp–perhaps the show takes place in some parallel universe where the FBI has no powers over civilians at all, and can only ask nicely for suspects to call them when they have a minute. Additionally, in later episodes, although it is again remarked how only Massive Dynamics has the necessary technology to perform whatever shenanigans just went on, Olivia actually goes into MD asking for help! Oh, and then at one point, an MD executive is attacked, in the MD building, by butterflies in his brain, and he jumps out the window to his death. Naturally, Massive Dynamics is not examined in the slightest. For a solid investigation, you’re better off calling your local high school newspaper staff.

1) Walter Is Actually a Lord of the Rings Cosplayer 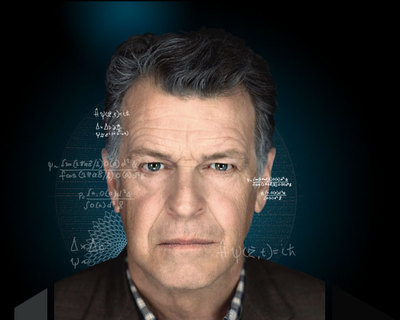 Look. Accidentally killing a lab assistant, having a mental breakdown, and getting institutionalized for 17 years is one thing. But dressing as Denethor from Return of the King? 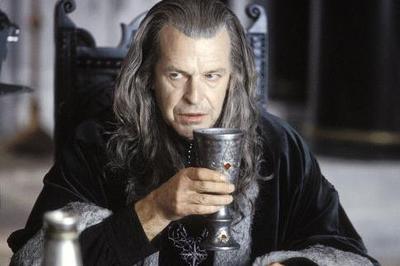