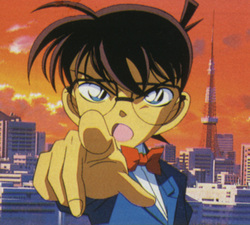 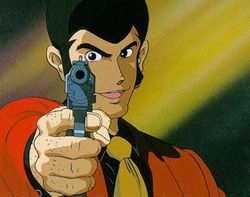 I love Detective Conan. Why? Well, basically, because it’s one of Japan’s most-popular kids’ anime series, even though it’s all about a 10-year-old solving bizarre and horrible murders each week. Seriously, in the first episode he’s on a roller coaster where a woman gets decapitated. (Also, he’s actually a teen trapped in a 10-year-old’s body, but that’s not worth getting into here.) Now Conan’s going to take on higher profile case — catching Lupin the 3rd.

Yep, Shonen Sunday — the manga anthology which prints Conan — announced there will be a Lupin vs. Conan anime TV special, and I couldn’t be more excited. Frankly, one thing anime really doesn’t do is crossovers; while Batman fights with Superman pretty constantly, and even Marvel tussles with DC once a decade or so, anime characters almost never meet other anime characters. But now that even the Japanese anime industry is hurting for cash, the desire to have a hit seems to be breaking down some of those barriers. That’s fine with me.

There’s only one problem, and that’s that Conan generally solves murders, but Lupin is really just a thief, albeit a good one. What I really want to see is Conan take on the world’s most talented and eyebrowed assassin, Golgo 13.

Now that would be a TV special. (Via ANN)
Tweet Pin It