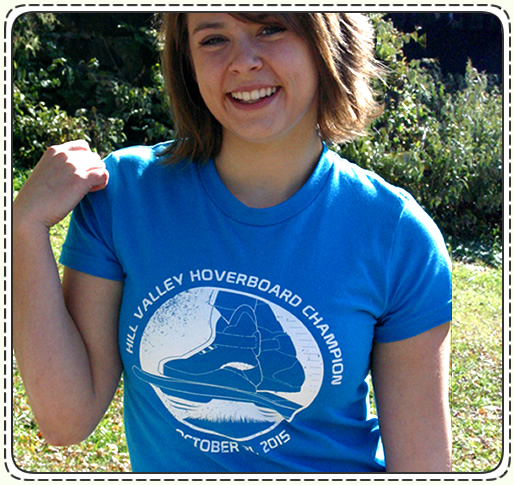 It just now dawned on me how close 2015 really is. It’s six years away. All right, Mattel–you have six years to bring us the hoverboards that we were promised in Back to the Future 2, or by god, I’ll…I’ll be very put out. Until then, I’ll make due with this fun shirt from ImaHotTee (get it? get it?) for a very reasonable $17.